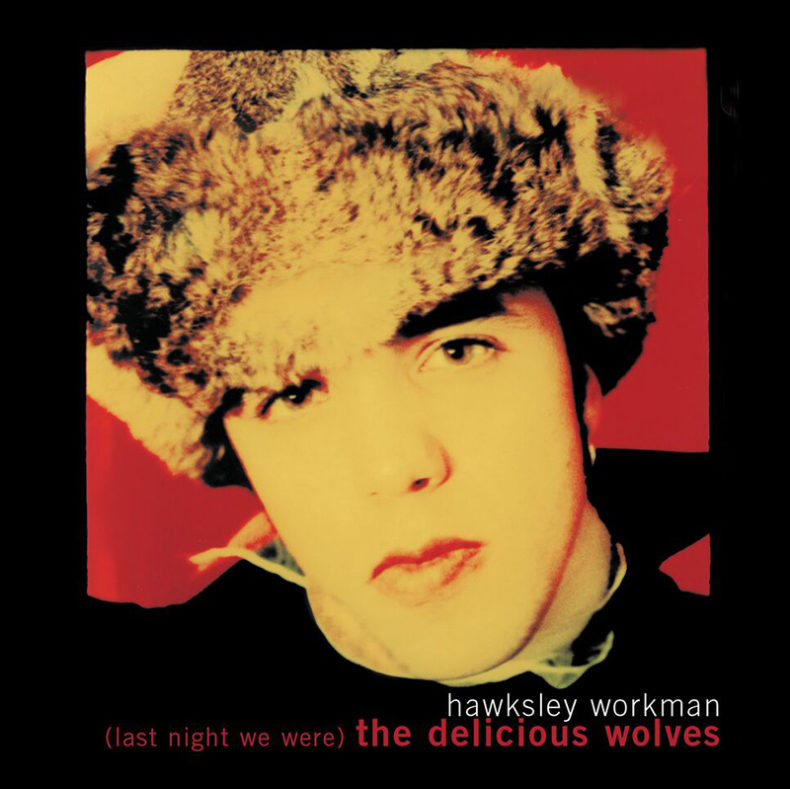 Hawksley Workman has announced that his seminal album, (last night we were) The Delicious Wolves, will be available for the first time on vinyl on Friday, September 21. The vinyl will be distributed in record stores across Canada by Outside Music and available online as well as on upcoming tour dates. The record will have an exclusive early release during a European/UK Tour.

Workman’s self-produced sophomore effort was released on his own indie label, Isadora Records, and recorded at his then-home studio in Toronto (with additional production and recording by Joao Carvalho). (last night we were) The Delicious Wolves was a breakthrough record for Workman in Canada and Europe, spawning the hit radio single  “Striptease”. The LP helped garner two JUNO Awards for Workman; Best New Solo Artist, and Best Video for the innovative one-shot “Jealous of Your Cigarette” directed by Sean Turrell. The album also features a guest vocal performance by Sarah Slean on tracks “Old Bloody Orange” and “Dirty and True”.

Says a retrospective Workman, “I had just finished up my first record For Him and the Girls and was in a good rhythm with writing and being in the studio.  I anticipated a busy time ahead and thought I’d get right to work on my follow-up record so that it would be ready when needed. There was a little more confidence and a little more swagger, and I was definitely feeling emboldened to reach further into the sexed-up thing that started to emerge on the first record. I was pushing the fuzzy pop-rock side of things with “Striptease” and “Jealous Of Your Cigarette”, but (last night we were) The Delicious Wolves also contained some of my most evolved writing to date. Songs like  “Your Beauty Must Be Rubbing Off”, a song about marriage and death, “No Beginning No End”, inspired by my obsession at the time with the gospel of Thomas, and the apocalypse romp-ballad “Lethal and Young” all added fuel to my burning. I felt like I was really coming into my own as a songwriter.”

Currently, Workman is putting the finishing touches on a new album produced by Murray Lightburn (The Dears) due out in 2019. More information will be announced when available.

SPILL NEWS strives to keep our readers up to date with news and events in the music industry. We keep you informed of the most recent information regarding new releases, tour dates, and information items about your favourite artists.
RELATED ARTICLES
canadian musichawksley workmannews

by Nathan Pike on January 31, 2019
WELCOMING AND WARM DIVERSIONS A CONVERSATION WITH DAN MANGAN Way back in the days of Myspace an emerging young musician named Dan Mangan commented on a song [...]