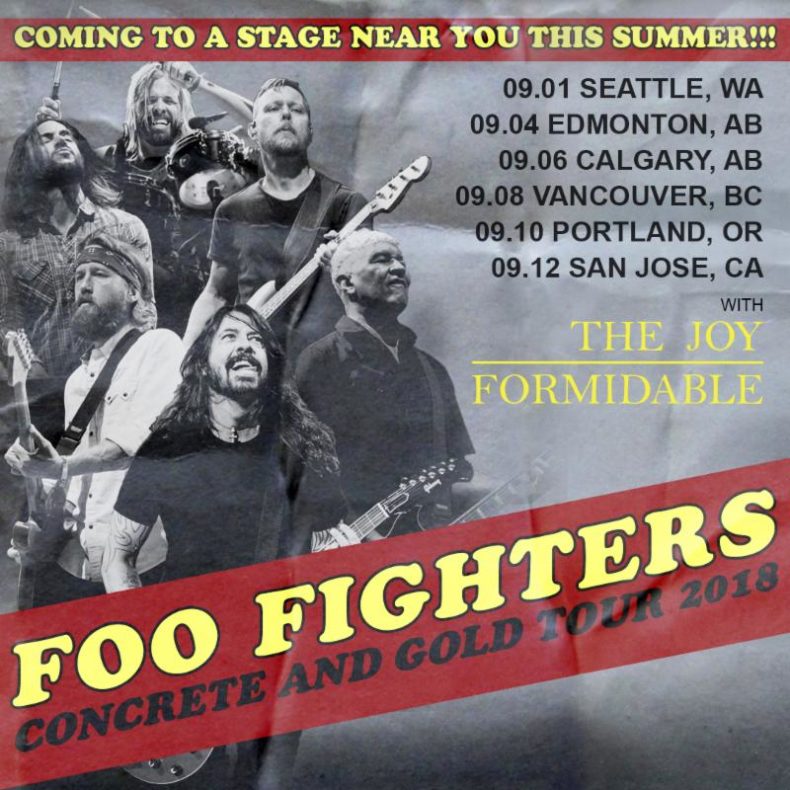 SIX SEPTEMBER DATES SET FOR THE WEST COAST AND CANADA

The Joy Formidable proudly announces that this September, they will join the Foo Fighters for a stretch of their North American tour. On September 1, the fated pair will embark on a tour of six cities throughout the West Coast and Canada, including Seattle, Washington; Edmonton, Alberta; Calgary, AB; Vancouver, British Columbia; Portland, Oregon; and San Jose, California. Last month, the notable Welsh alternative rock band released a video for the new single, “Dance of the Lotus” via Consequence of Sound to preview their sixth studio album. Set to be released this fall, the forthcoming record marks their return from 2016’s Hitch, which was critically-acclaimed by Pitchfork, The Guardian, Stereogum, L.A. Weekly, SPIN, and Clash. The Joy Formidable will tour Europe in mid-August before the dates with Foo Fighters, and will continue after on a tour throughout North America until mid-November.

SPILL NEWS strives to keep our readers up to date with news and events in the music industry. We keep you informed of the most recent information regarding new releases, tour dates, and information items about your favourite artists.
RELATED ARTICLES
foo fightersnewsthe joy formidable
8.0