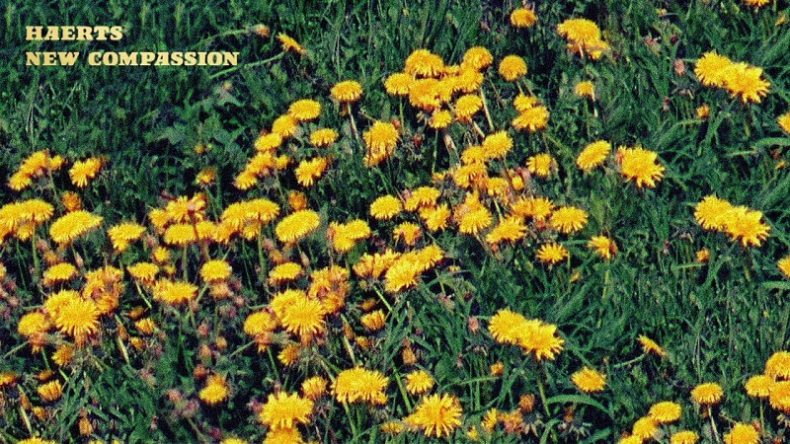 Indie rock act HAERTS is excited to start the next chapter of their story as they announce that they’ve officially signed with influential Toronto-based record label Arts & Crafts and will be releasing a new full-length studio album in the fall of 2018. The new album is the follow-up to the band’s self-titled debut and finds HAERTS – Nini Fabi (vocals) and Benny Gebert (piano, guitar, production) – returning to their songwriting roots, focusing on deeply personal expression sonically driven by unpolished emotion, undeniable hooks and rich production.

The first hint of what to expect in the fall came with the May 18th release of “Your Love” via Season 2 of the hit Netflix Series 13 Reasons Why.  The song, which is played in its entirety during a montage in Episode 6, is already one of the most-streamed songs on the soundtrack, racking up 1.8 million plays on Spotify and 147K on YouTube.  “This feels to me like our Lord Huron moment of Season 2,” the show’s music supervisor Season Kent told Variety, who featured the band in their popular “Songs for Screens” column on May 22nd.  “Your Love” also got picked up by Nylon who wrote it “perfectly captures the uncertainty of new love,” and DuJour chimed in with “HAERTS is giving us serious HAIM-meets-Fleetwood Mac vibes on ‘Your Love’ and we can’t get enough of it.”

“‘Your Love’ is a song about us. It’s the crazy and almost reckless feeling that comes with the uncertainty of a love. The wish for answers that can’t be given, or an endpoint that I think does not exist.” – Nini Fabi, HAERTS

HAERTS quickly followed up with the release of another track from the forthcoming album when they released “New Compassion” this past Friday, May 25th.  Where “Your Love” leaves off expressing the yearning and the aching of true love, “New Compassion” feels uplifting and hopeful, summoning a George Harrison meets Lykke Li moment.

“’New Compassion’ is like a chant, like a mantra. It’s about connective forces and finding the strength to be fearless”– Nini Fabi, HAERTS

The band is the lifelong musical and personal partnership of Nini and Benny who originally started working on music together in their hometown of Munich, Germany.  The duo first moved to Brooklyn in 2010 to pursue their shared musical vision. They released their self-titled debut album October 2014 via Columbia Records and garnered wide-spread critical acclaim from the New York Times T Magazine to NOISEY to SPIN to NPR’s World Cafe. HAERTS have toured nationally several times already including main stage slots at a number of renown music festivals including Coachella, Bonnaroo, Governor’s Ball, Austin City Limits, Firefly, Shaky Knees and made their late-night TV debut on Late Night with Seth Meyers.

The duo is joined live by a bevy of other talented musicians that expand up to a searing six-piece and they will bring the ensemble up to Toronto this coming weekend for the annual Field Trip Music & Arts Festival. HAERTS joins Yeah Yeah Yeahs, Metric, Deer Tick, Jacob Banks, Alvvays and more for this incredible weekend of music playing on Sunday June 3rd and will return to Brooklyn immediately after for an intimate show at Baby’s All Right on June 7th with ANEMONE.

SPILL NEWS strives to keep our readers up to date with news and events in the music industry. We keep you informed of the most recent information regarding new releases, tour dates, and information items about your favourite artists.
RELATED ARTICLES
arts & craftshaertsnews
8.0