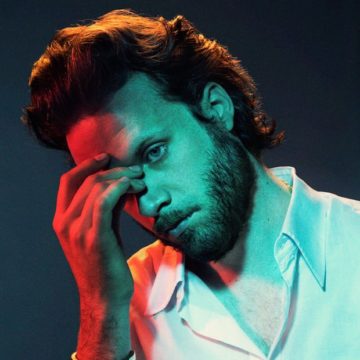 Father John Misty is releasing another studio album, God’s Favorite Customer under the labels of Sub Pop/Bella Union. Father John Misty’s new album is great too. His sound is unique, but so familiar. It’s a wonderful mix of indie, folk, pop, and rock. This album in particular is reminiscent of the Beatles.

God’s Favorite Customer already has three songs available to listen to on YouTube, Spotify, Apple Music, Soundcloud, and Bandcamp. These are definitely going to get the listener pumped for the rest of the album. “Mr. Tillman” is cool because it tells a story and it drops Father John Misty’s real name: Josh Tillman. This song is very catchy and will have fans yearning for more. “Just Dumb Enough to Try” is the next song on the album and is available now to stream. It features a bit slower music with a piano taking the lead as opposed to the usual guitar we get from Father John Misty. “Disappointing Diamonds Are the Rarest of All” is the third and final pre-released song. It has a driving piano, but it’s got a darker vibe than other two. It’s a beautiful song really. It helps the whole album and adds a whole different element than what is predominately featured.

Father John Misty’s latest release will surely keep fans interested and anxiously awaiting the next album. This one is coming out just in time for the summer, which is perfect for these jams.

The Spill Magazine is a Toronto-based online publication dedicated to covering the independent music scene with a strong focus on our thriving hometown talent. Our writers bring you up-to-date news, in-depth features on musicians and reviews for the latest CD releases. We also travel to the front lines for all local festivals including Canadian Music Week and North by Northeast. Don’t forget to check out our Facebook and Twitter pages for all daily Spill updates.
RELATED ARTICLES
album reviewsbella unionfather john misty
8.0