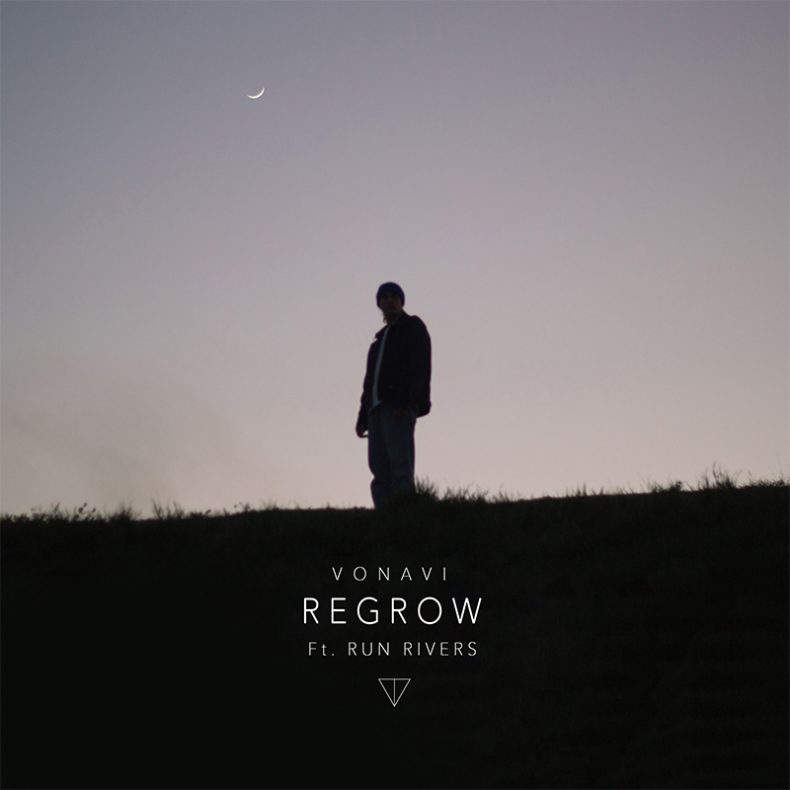 “Regrow” is a solemn look at the life of a young man who was abandoned by his parents. Like Vonavi’s previous videos, the “Regrow” video was shot on 35mm film and takes advantage of incredible cinematography to showcase phenomenal landscapes, this time in the heart of suburbia. The story unfolds in the past and present while the track provides a delicate, profound, and contemplative soundtrack that creates a poignant story worth experiencing.

“Andrew has became a good friend of mine through our work. We started with composer – film director relationship and ended up having long conversations about films, music, art etc. Which was so inspiring to me. He knew that I’ve been working on stuff for my album and then I sent a couple tracks for him to choose for a music video. He resonated more with “Regrow” track. I didn’t give him a direction cause I knew that he definitely can come up with good story. Which he did! This project was definitely tricky and ambitious one. Andrew decided to go completely analog and shoot on “film”. I knew that is hard but it’s worth it, you cannot mimic this warm quality of the video with digital stuff.

I’m so grateful for people who believed in this project and put their sweat and blood to it. Big thumbs up to amazing performance by Dylan Cheek!”

“Andrei (Vonavi) has been a close friend and collaborator for years. We’ve worked together as a composer/director duo in the past, so when he approached me to make a short film for Regrow it just seemed like a natural next step toward creating a larger body of work that was more personal for both of us. The piece deals with the perception of memory, and how traumatic life events can shape us forever. Sometimes what we’re searching for is right in front of us, we just can’t see it yet.

I encourage everyone reading this to watch the film and attach your own memories and meanings to it. Many, many thanks to the star of the film, Dylan Cheek, as well as the whole cast and crew who dedicated their time to making the story possible. I can’t thank Andrei enough for giving me the space to write and create something so intimate that echoes the same sentiments of his beautiful music.”