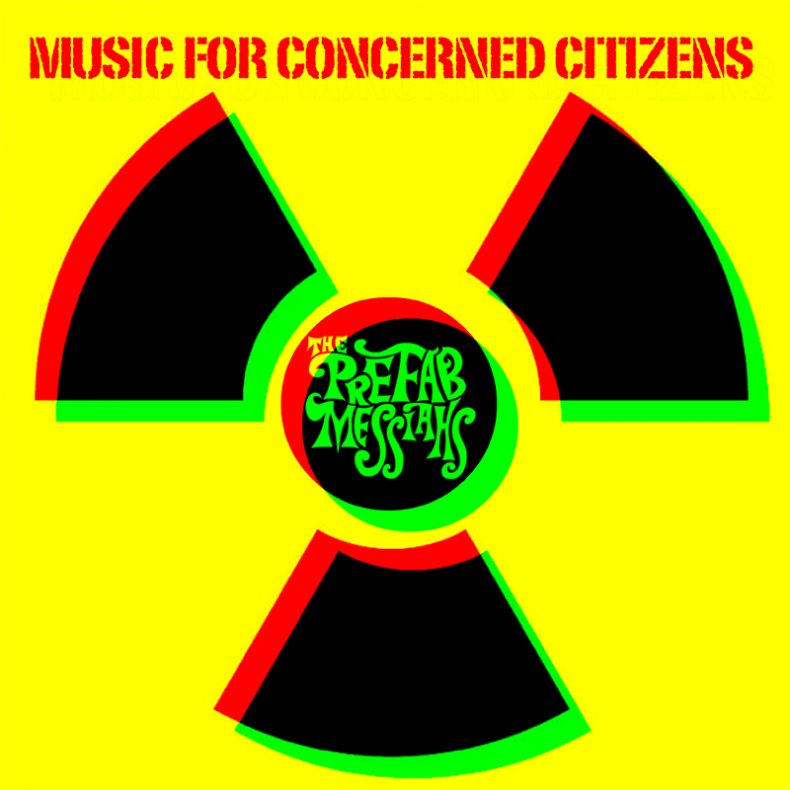 They may be talking about a solitary trip through space, but micro-legendary weirdos The Prefab Messiahs make for good sonic companions on “Lonely Astronaut,” which we’re premiering the video for today on Spill!

In case you’re new to the cult following surrounding the Prefab Messiahs, the band has roots as a beloved staple of the Worcester, MA arts scene in the ’80s, blazing a small, but memorable path as a fast and furious political band during new wave’s peak. Fast forward to the mid ’10s: the band’s tapes were getting traded amongst collectors and reappraised as a gem lost to the dust bin of history before seeing a proper reissue in 2013. The response prompted the band to reform, resulting in the first bits of new music from the band for the first time in 30 years with 2015’s Keep Your Stupid Dreams Alive.

This month’s follow-up, Music For Concerned Citizens, returns to the band’s roots of political commentary, skewering the late Trump era and the echo chambered state of discourse, but the video for “Astronaut” is a playfully animated, Ebaum’s World-stylized odyssey of a chimp astronaut set to the band’s rollicking psych rock. Check it out below and give a listen to Music out now for further space-y, zany dispatches!