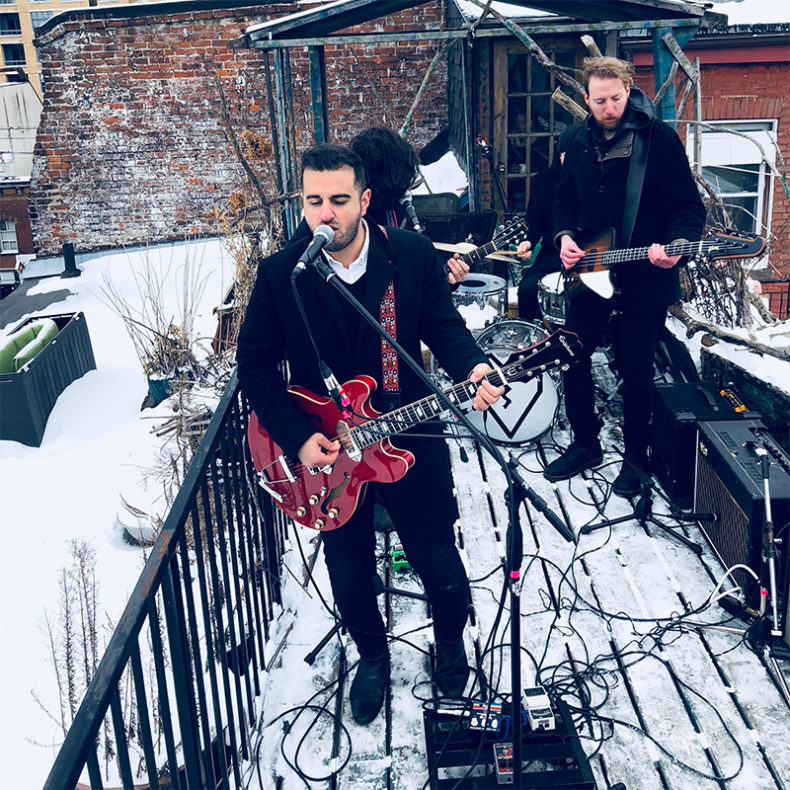 The final public performance of The Beatles was on January 30th, 1969 when they surprised the central London office and fashion district with an unexpected concert from the roof of Apple Corps. Now, 50 years later the Toronto band, aptly named The Lonely Hearts are paying tribute to that event with a roof top performance of their own. The group filmed a live performance on the roof of the historic Cameron House where they covered The Beatles classic songs, including “Get Back” and “Don’t Let Me Down” from the original concert in England. The Lonely Hearts were not deterred by the -10C winter weather and rounded out their set with “Eight Days A Week”, “Twist & Shout”, and “Hard Days Night”. The video from this concert is set to be released on the 50th anniversary, Wednesday January 30th , 2019. Lifelong Beatles fans and childhood friends, The Lonely Hearts are made up of Omar Saab (Guitar/Vocals), Dave McCamus (Guitar/Vocals), Graeme Moffatt (Bass) and Curtis Courtemanche (Drums/Vocals).

“In terms of wanting to pay tribute, it’s one of the more iconic concerts ever performed. The Beatles hadn’t really appeared publicly for a concert together in the few years prior to that show, and it was their last together. We called up all of our friends with roof access in the city, and Tally Ferraro (who plays in the band ‘Ferraro’, and works at the Cameron House) said we could use the roof. We’ve played the Cameron house a bunch of times, and we knew the history of the venue, so we figured that would be a great spot to do it.” ~Curtis Courtemanche