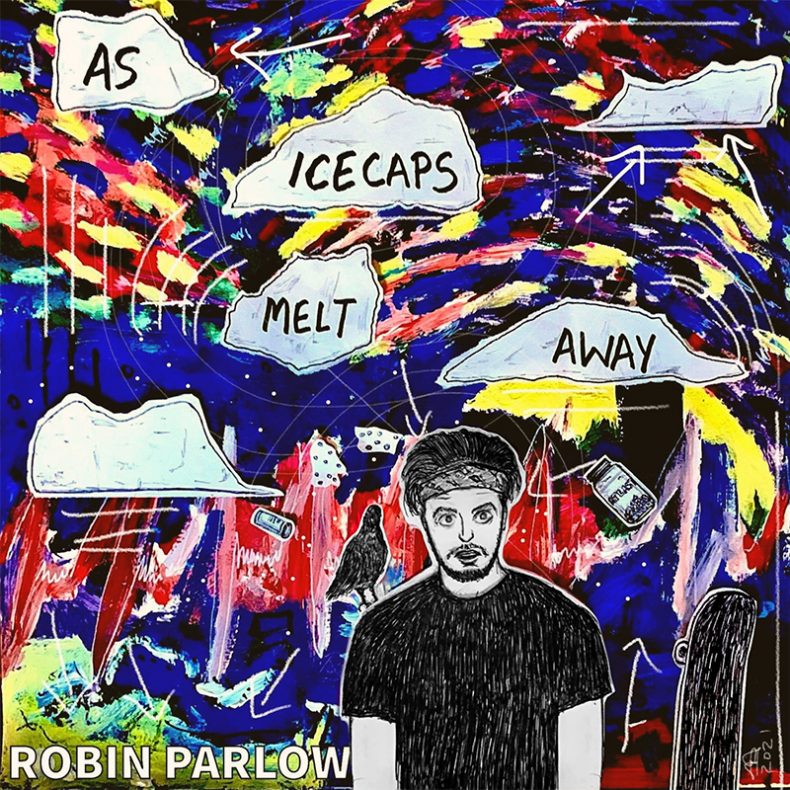 ROBIN PARLOW – AS ICECAPS MELT AWAY

DIY producer and singer/songwriter Robin Parlow is premiering his debut EP, As Icecaps Melt Away on March 12, 2021. As Icecaps Melt Away is a genre-bending indie-electronic project filled with lush and dynamic production, evocative lyrics and excellent songwriting. The EP features three previously released singles, including lead single “Icecaps”, ‘, as well as three never-before-heard tracks.

Blending influences from lo-fi indie rock, experimental electronic music and art-pop, Parlow crafts uniquely atmospheric and psychedelic instrumentals upon which he layers his vocals. The lyrics on As Icecaps Melt Away center around themes of isolation and explore the connections between personal feelings of withdrawal and related social issues such as mental health, misogyny, and climate change. The title ‘As Icecaps Melt Away’ is a lyric from the EP’s third track, “Icecaps”, and was chosen to highlight the relative insignificance of Robin’s day-to-day grievances in the face of the impending global climate crisis.

The opening song, “The Pit, features a pulsing beat that will have you slowly floating into a sea of distortion, while “Medication (Interlude)” explores Parlow’s struggles with depression and addiction against a gentle acoustic chord progression. The closing track, “Unfixable”, is an indie-synthpop banger that is sure to have heads bobbing and dancefloors grooving. Robin’s silky voice and highly personal lyrics tie together the six tracks on As Icecaps Melt Away into a beautiful and cohesive project.

“I kept writing songs about my feelings and how sad I was about this or that, but as someone who is extremely concerned with environmental issues, they just felt inconsequential in comparison. I wanted to make a statement with my debut that was bigger than just the emotions I was feeling – I wanted to show that the anxiety I felt was unequivocally and inextricably linked to the global climate crisis. I think a lot of people from my generation share that anxiety. That was my inspiration for writing “Icecaps”, and really was the starting point for the whole EP.” ~Robin Parlow on his inspiration for As Icecaps Melt Away

Purchase As Icecaps Melt Away HERE