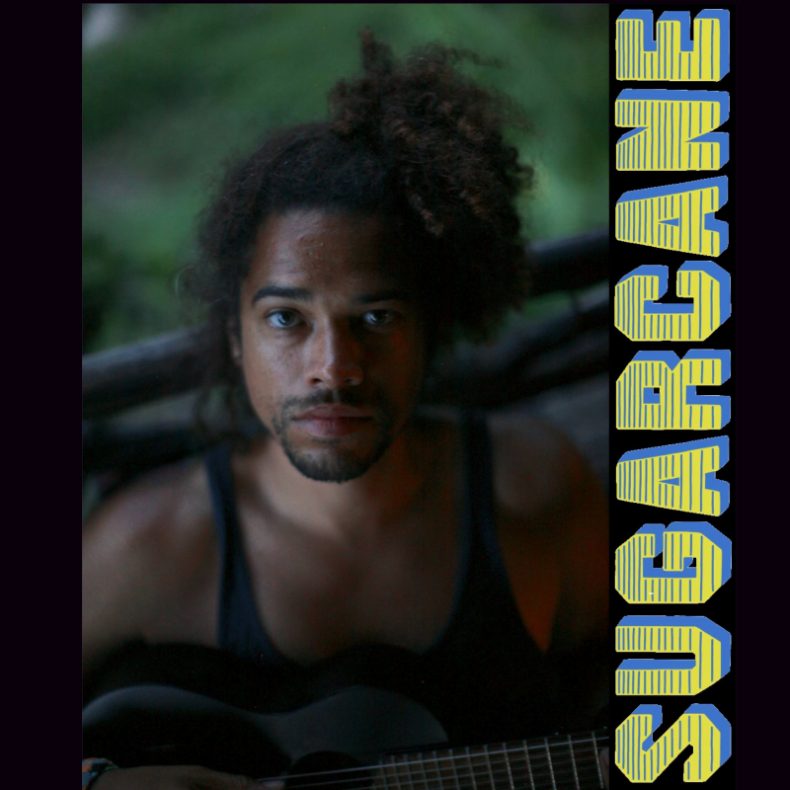 Sugarcane’s hybrid sound updates vintage bossa nova and calypso for twenty-first century London. With one British parent and one from the Caribbean, it’s not surprising that Robin French’s music is a post-Colonial jumble. On new single, “Shambala Mess”, the influences gather to make a ferocious storm of Bahian drumming, French chansons, Trinidadian steel pan, and jet-black British indie.

Robin honed his songwriting craft as the bassist of Mr. Hudson and the Library, who supported such heavyweights as Amy Winehouse, The Police and Kanye West. In the years after, he’s had huge success as a scriptwriter – creating and writing five series of the award winning BBC1/Netflix sitcom Cuckoo and writing plays for the RSC, The Royal Court and The National.

Sugarcane’s debut EP, featuring the actress Antonia Thomas, was released in August 2018 to considerable acclaim. Antonia is one of the UK’s brightest acting talents, best known as Aisha from the BAFTA award-winning Misfits and Evie in the Netflix comedy Lovesick.

Lead single “One Specific Thing” has currently notched up over 95K listens on Spotify. The band were featured as a double page spread in the Evening Standard, their singles were premiered on The Line of Best Fit, Notion Magazine and Aesthetic Magazine. They were twice featured on BBC Introducing in the West Midlands, and subsequently selected for the BBC Introducing Mixtape. They were longlisted for Glastonbury Emerging Acts 2019.

“I love getting lost in the pure bacchanalia of a good English festival – but returning to normal life can be challenging. Shambala Mess is about disconnection in a post-festival funk. I love the fire that our Brazilian drummer Xande throws on this track.”