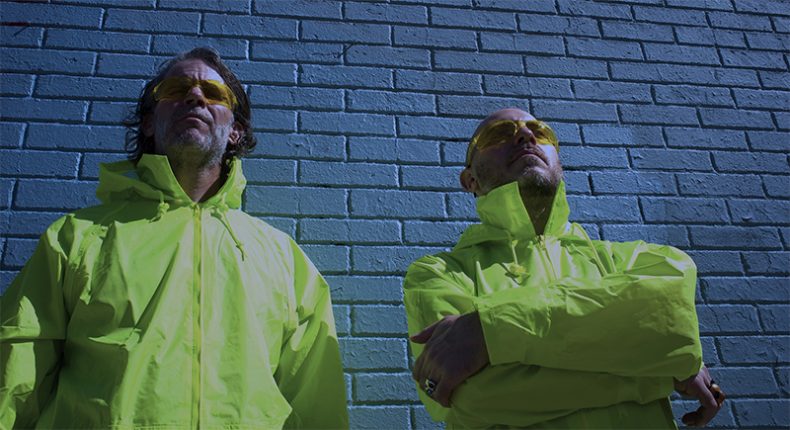 Ahead of their debut record out tomorrow, the electronica outfit sedatø premieres their visually unique music video for the group’s first single “øvrcnfdnt”. The cross-continental duo Tim Lefebvre (bass) and Jason Lindner (keys) originally met on tour with saxophone great Donny McCaslin. The two went on to both record on David Bowie’s iconic Blackstar and felt they had a certain alchemy that would be worth exploring more. They hit Transmitter Park Studio in Brooklyn with producer Abe Seiferth to see what would happen.

The video game themed music video was created by Zach Pyles who ran footage through a combination of a 1980s news camera and analog monitors. The multicolor visuals are enhanced by the driving drum machines and endless layers of synthesizers. Sonically speaking, the bass tone matches the revving of a motorcycle engine that creates an overall adrenaline feel to the track.

Both Tim and Jason had a longstanding love of electronica, so the “jams” were heavy from the start. Naming the project “sedatø” – the Italian word for sedate – was both ironic and relevant. When the two were on tour with McCaslin, there was a funny moment at the airport in Italy where someone had a heavily sedated dog in their arms. They ended up laughing all day about it and years later put the moment to use.

“The name works with everyone in society wanting to escape, sedate, self-medicate, tune out all the craziness,” Jason says. “I thought that was a cool contrast to what the music is, which is so raw and in-your-face that you can’t really tune us out.”