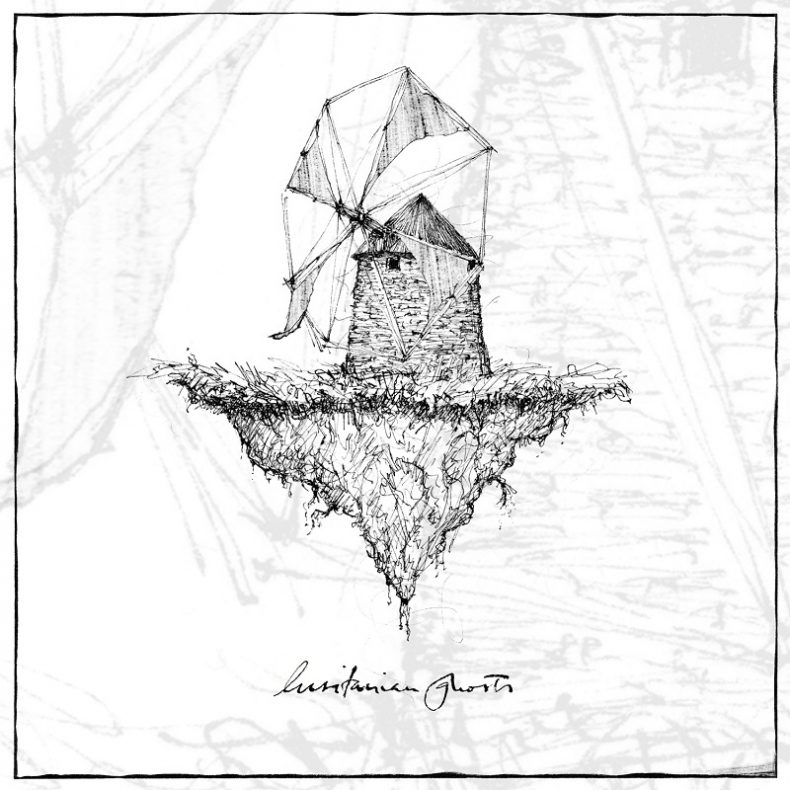 As the year draws closer to its close, some things only seem to be winding up with their high vibrations and flurry of activity. One such example can be found in the Portuguese-Canadian-Swedish music collective known as Lusitanian Ghosts.

Friday brings the release of their sophomore long-player Exotic Quixotic through the European Phonographic label. Most folks will be surprised to learn that this ideal pop-rock playlist is made possible thanks to the use of ancient Portuguese chordophones and other European string instruments. No guitars were used whatsoever in the album’s recording, yet this sounds so rich at times that it seems like there may be one.

Their compositions mix indie songwriting with traditional Portuguese instruments like the Beiroa, Campaniça, Braguesa, Terceirense and Amarantina guitars (or violas as they are called in Portugal), each with its own string arrangements and tunings. Swinging between folk pop, alternative pop, classical folk and pop rock, the magnetic appeal of this music warrants a wider audience. Lusitanian Ghosts’ immersion in these traditional instruments give this music a unique flavour, the band’s creative strength lying in its flexibility and ability to cast the net wider sonically. They are creating a broader cultural and sonic arsenal, while maintaining a buoyancy that takes the listener on a fantastic ride from start to finish

Lusitanian Ghosts are Neil Leyton, Mikael Lundin (a.k.a. Micke Ghost), João Sousa, Omiri, O Gajo, Abel Beja and Janne Olson. Founded in 2015 by Neil Leyton and Micke Ghost, there are also other artists that come and go during the course of the collective’s existence..

This album, recorded on analogue tape and mixed by Sebastian Muxfeldt (Elbow, Peter Doherty, Teenage Fanclub) at Hamburg’s Clouds Hills Studios, recasts heritage folk violas into rock and roll songs. Lusitanian Ghosts write from a socio-political perspective about building a better world, creating songs from and for the heart and the mind.

Their debut self-titled album, recorded at Portugal’s Canoa Studios and produced by Ricardo Ferreira, was a successful experiment in mixing the various regional Lusitanian (Portuguese) chordophones with what has come to be the band’s unique brand of singer-songwriter rock n roll.

The documentary Lusitanian Ghosts: Making Of the Lusitanian Ghosts debut album – Chordophone Rock n Roll elucidates on why most of these Portuguese ancient instruments (the real Lusitanian Ghosts) have become forgotten over time. For this album, they’ve done away with the guitars, using only chordophones, along with bass and drums. Even the snare was replaced on many tracks with the Adufe, a Portuguese square drum.

Come Friday, the Exotic Quixotic LP can be found available everywhere digitally, including Spotify, Apple Music and Bandcamp or it otherwise can be ordered at https://lnk.to/exoticquixotic

Also enjoy videos for the first two singles from this album, as well as Lusitanian Ghosts’ live performance this month in Setabul, which was also live streamed during the performance itself: