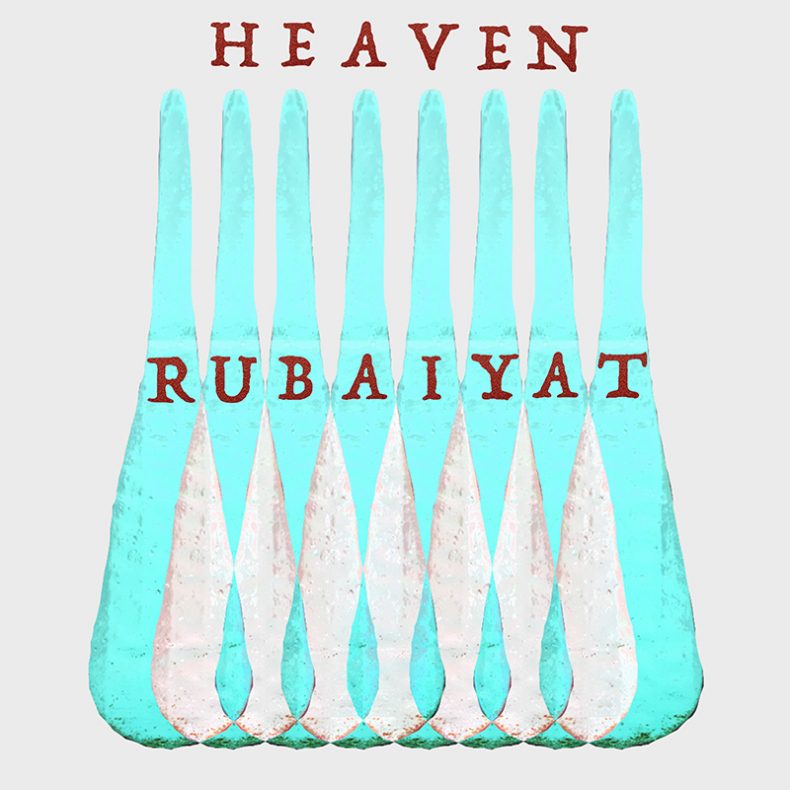 Rubaiyat is a three-piece doom-wop/indie-rock band based out of Los Angeles, CA. After years of playing in other bands songwriter Joel Heinrich has assembled his friends to sing off color songs that take a darker look at this crazy little thing called love. This is Rubaiyat’s first single from their upcoming self titled EP which will be released in September of 2019. Rubaiyat has been playing in and around Los Angeles for a year as they’ve been preparing to release music. With a killer rhythm section and a plethora of friends sitting in with the band at different venues Rubaiyat has garnered a lot of support in the local music scene of East Los Angeles.

“Heaven” is a song about longing in that moment one feels when they click with someone unexpectedly. There is a joyful exuberance in Joel’s lyrics as he sings ‘I cannot believe my luck/ I found a new friend” and continues into a Lynchian chorus where he laments the impermanence of life and cries out “I want to die/ So we can go to Heaven/ There’s nothing bad in Heaven” as if he could lock away this moment in time and extend his euphoria with death. The song itself is an almost satirical take on the idea of an afterlife; “Heaven” both celebrates the joy of finding someone you can love and purports the notion that nothing good ever happens on earth so get out before it all falls apart. Please enjoy Rubaiyat’s first single “Heaven”.

SPILL ALBUM REVIEW: TERRY DRAPER – THE OTHER SIDE

by Aaron Badgley on November 5, 2021
Terry Draper The Other Side Magentalane Music For my money, Klaatu did not release enough albums. Terry Draper, however, is doing his best to make up for that. One third of Klaatu, he [...]

by SPILL NEW MUSIC on January 19, 2020
CAROLINE BLIND – “HEAVEN” A SPILL EXCLUSIVE MUSIC PREMIERE “Heaven” is Caroline Blind’s third single off her upcoming album, The Spell Between due out in February. For [...]
7.0