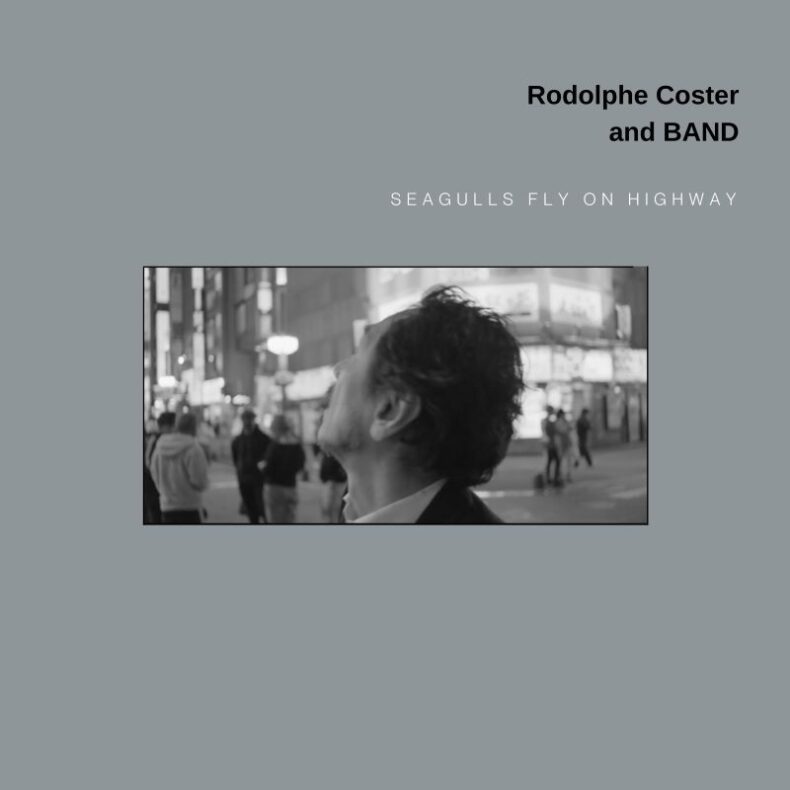 Brussels based singer-songwriter / activist, Rodolphe Coster has just dropped a rather tasty indie driven shoegaze influenced gem in the form of ‘Seagulls Fly On Highways’, that is taken from his forthcoming debut album High With The People due this October through Belgian cult label Captitane Records.

Coster explains: “Starting with the music, I wrote it from scratch tripping on a bassline that I managed to loop. I kept dancing to It like I would do on a melodic bassline of a Cocteau Twins song; I couldn’t stop. I then added keys and strings in order to envelope this skeleton. I thought of the rhythm as a martial post punk beat intentionally referring to the beloved Stephen Morris, Joy Division drummer. Till the
break – the ironic re-birth of the seagulls that … cannot fly. Then we enter a second part, a crescendo, with the music trying to touch both sides of the sky and winding up floating endlessly amidst waves of strings and chants.”

‘Seagulls Fly on Highways’, the first single of the upcoming album, will be out this week. This track, which opens the album, is a perfect introduction to Rodolphe Coster’s poetic and phantasmagoric universe. A four-minute-long cavalcade which blends post-punk and cold pop in a surreal plea against nihilism:

He goes on to add: “Regarding the lyrics, I thought I would try to paint something like an apocalypse with only a few elements. Humans, earth, animals falling from the skies. The image of a highway that would be built on a huge garden by sleepy boys while seagulls would fall from above like ghosts. A way for me I guess to question the way humans keep destroying nature, watching living creatures become meat, and life on earth bursting into flames ; the way we have built a world more suitable for cars and screens than for gliding birds. My humble ‘ode’ to the immutable beauty of nature, and also a half-conscious reference to one of my favourite songs of when I was a teenager, ‘Seagull’ by the band RIDE.”

The lush black and white video that accompanies the single was shot a few weeks ago in Japan. Directed by the Brazilian cinematographer Flávio Gusmão, the music video is a movie of its own and stars the legendary dancer Takao Kawaguchi, caught in the pursuit of a ghostly and evanescent woman in the labyrinth of Tokyo.

In the past, Rodolphe Coster was part of several artistic collectives and rock bands and worked extensively as a composer and performer for contemporary dance projects that allowed him to travel the world. It was during these trips that he met the collaborators who form his current entourage.