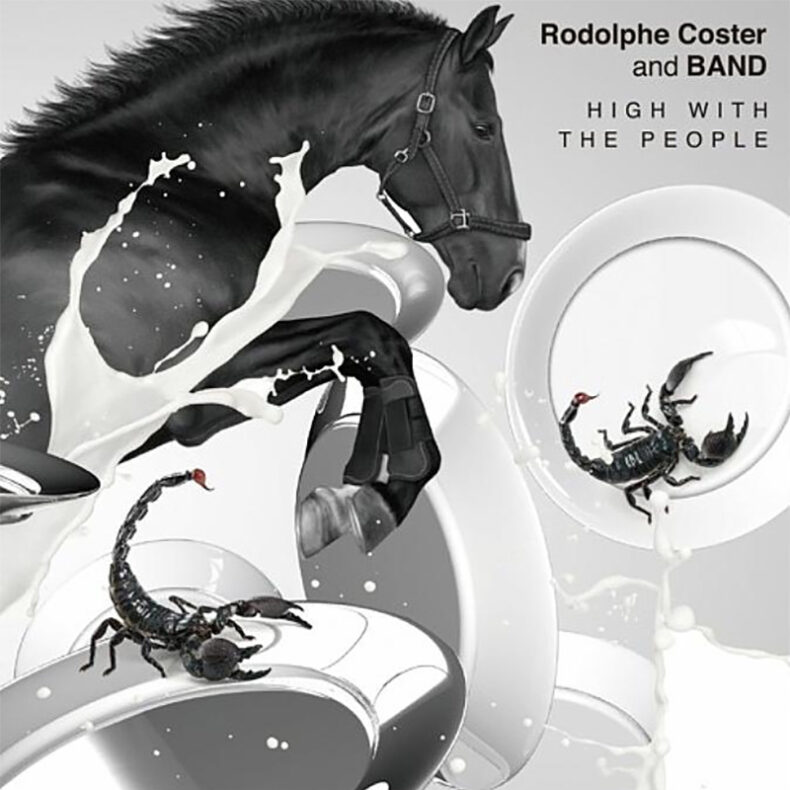 Ten days ahead of the release of their first album, Rodolphe Coster and Band are releasing today a new single soberly titled Gilles Memory. 4 minutes and 32 seconds long and characterized by a bass line ready to make a place for itself in the history of rock, the single surprises with its power, its obviousness and its urgency. All the energy of Rodolphe’s band is expressed there: Matt Jones of Male Gaze on bass, Jeff Tobias of Sunwatchers in a hallucinated part of Saxophone, Maya Postepski for a most frenetic drums… All recorded at the legendary studio G in Brooklyn. On a transcendental and punk loop, Rodolphe’s voice expresses a poetic and heartbreaking tribute full of pain, love and rage to Gilles L., a friend of Rodolphe who tragically died during the attacks in Brussels in 2016.

“Gilles L was a friend I met during my art studies in Brussels. We were both outsiders from the south of the country. Both of us had come to art late in life. He had first been a cook, I had first thought that I could become a philosopher.”

Gilles studied sound, I studied theatre, and we got to know each other thanks to our respective research on the possible encounters between dramaturgy and sound creation. After graduation, we almost lost sight of each other. I later learned that he had met a Japanese woman and moved there to live with her. He was there working on the production of a documentary. It was a happy coincidence because in the meantime I had woven links with Japan myself touring there and collaborating with Japanese artists. The last time I met him was in Brussels though. He was passing through Belgium to say hi to family and friends. On March 22, 2016 he took the metro and died suddenly in the attack at Maelbeek station with 15 other people. I wrote the song for his wife and daughter, and for the other victims. A souvenir song that I had to write about Gilles, about me and about our friendship.

My instinct pushed me to dramatize the song in a rage and a punk energy. I felt it had to be carried by a progressive loop, with a voice bordering on trance and hip-hop. The song was truly born out of rhythm and is fueled by my love for Andrew Wheaterall’s productions, including My Bloody Valentine’s EP GLIDER, and of course Primal Scream’s Screamadelica. I realized during the writing work that this line could turn until it became a trance. While evoking wilderness, love and rage, I wanted to feed the energy of the song with a deep and saturated tribal accent.

For the lyrics, I was constantly drawn to memories of images that came to me from reading Georg Trakl, a poet I love so much. Mixing natural elements, gothic visions and creatures, my idea was to evoke the feeling of mourning and loss through eerie allegories and the hallucinated images of a bunch of kids sleeping in the forest and facing a mixture of excitement and fear. I also wanted to say how genderless the depth of a friendship was: a mixture of love, longing, loss, death and life.

Leonard Cohen said that poetry is made from the ashes of existence, Gilles Memory is an incredibly powerful piece celebrating the memory of Gilles L and the glimmers of friendship.

SPILL NEW MUSIC strives to keep our readers up-to-date with new releases by your favourite artists, keeping you informed of new album, single, and video releases. Stay tuned -- who knows, you might just discover your new favourite band.
RELATED ARTICLES
capitane recordshigh with the peoplemusic premiere

by SPILL NEW MUSIC on November 21, 2022
RODOLPHE COSTER AND BAND – “DOLLS THEIR MAPS” A SPILL EXCLUSIVE MUSIC PREMIERE We are very pleased to announce the release today of High With The People, the debut album of Rodolphe Coster and Band. Multidisciplinary artist and [...]