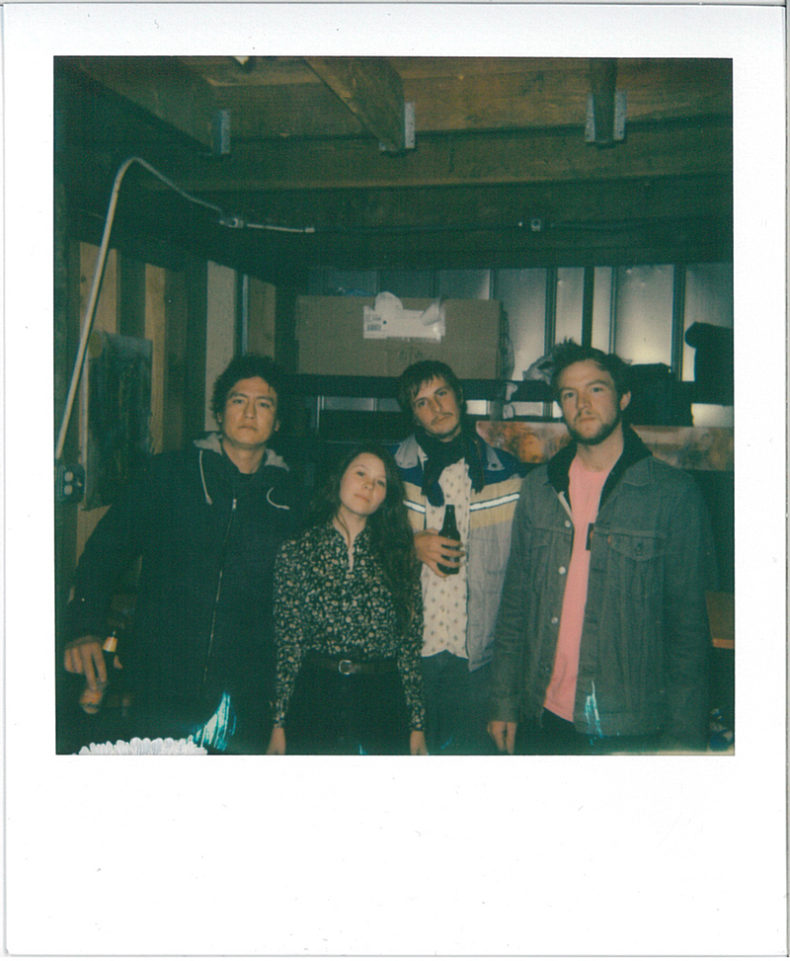 “This track is about falling in love with someone and giving up a few of the tendencies one builds up over the time it takes to be single and the need one might have for them after a set amount of time together. It’s more or less about the analytical process  of codependency versus freedom. I wanted the video to reflect a partnership set in a post apocalyptic future where the necessity for a team mate was illustrated so I asked my pals Seth and Adam to film/edit and had my friend Corinthian play the role of “team mate” in the video. The video is meant to reflect the difficulties, patterns and alteration of behaviors in a relationship. The video has no other characters to inundate the viewer with the strength of a partnership and ends with the duo finding a third dead survivor to capture the isolation that a partnership can create.

Credits to Seth Walker Pereira for creating the futuristic back packs and  finding the perfect setting for the videos apocalyptic feel – the Sierra Nevada mountain range post “King Fire”.

Credits to Adam Murphy for filming, directing and editing the film.

Credits to AJ Reyes and Corinthian Britt for starring in and aiding in shot lighting/props.”

by SPILL NEW MUSIC on August 6, 2020
THIS WAY TO THE EGRESS – “END IS NIGH” A SPILL EXCLUSIVE MUSIC PREMIERE Pennsylvania art-punk outfit This Way to the Egress gets downright introspective on [...]