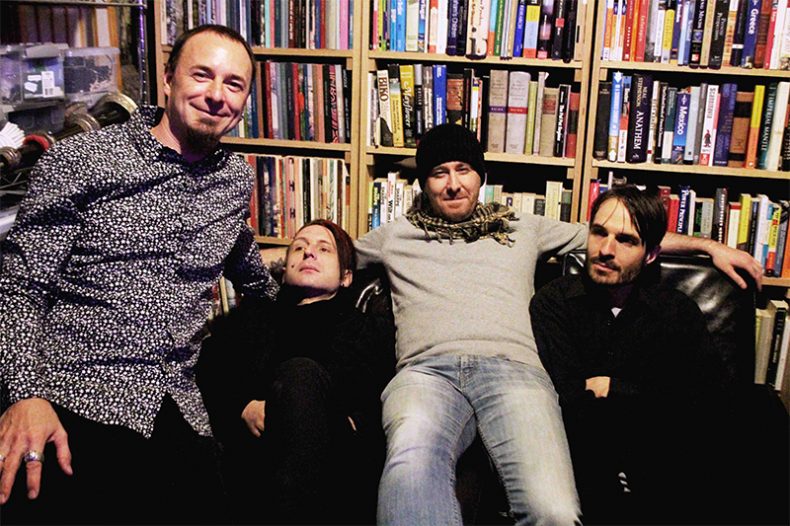 Straight from The Big Apple – or Brooklyn more specifically – today we have the pleasure of premiering “Ancient Scottish Legend”, the fresh single from experimental electronic collective Pas Musique, who simultaneously herald their new Amateur Radio album.

This new single takes us on a glitchy and eerie trip; a soundtrack complete with a trippy accompanying video with somewhat ‘ghost-hunters’ vibe. Full of fantasy and proponents of an adventurous sonic thread, the electronic maestros we know as Pas Musique weave an instrumental path inspired by pioneers such as Zoviet France and NEU! The new single is a welcome offering from an album we look forward to hearing.

With six new electronic, experimental krautrock-influenced tracks, this one will be available on white vinyl and digitally via NYC-based label Alrealon Musique.  Jeanne-Marie Varain, artist and daughter of Jean-Herve Peron of Faust, also collaborates on a cover of “It’s a Rainy Day, Sunshine Girl”. This Faust cover, developed in 2019 for the KRAUT! Covered compilation curated by WFMU’s DJ Scott Williams, is now available for the first time on white vinyl.

This album was inspired by the collective’s U.S. tour in 2019 and recorded shortly after at Pas Musique headquarters in Brooklyn and mixed by All Real Sound. The tracks are dense and textured, mixing in field recordings captured during that U.S. tour.

Founded by Robert L. Pepper in 1995, Pas Musique emerged from Brooklyn as a solo project around abstract sound. It has since morphed into a collective that has gone through many variations of experimental, electronic iterations. Today Pas Musique is a four-piece consisting of Jon V Worthley, Michael Durek, Jesse Fairbairn and Robert Pepper. Pas Musique has performed in 18 countries and has collaborated with many great musicians, including Faust, Rapoon, ZEV, Philippe Petit, HATI, Chester Hawkins, Jim Tuite and many more. Pas Musique have

This album follows up The Phoenix LP (2019) and Inside the Spectrum (2015), the title track of which was released by Wire Magazine for its Wire Tapper compilation. In 2018, they also released Composited Reality in collaboration with Rapoon, based on field recordings from the USA, UK and Indonesia.