SPILL VIDEO PREMIERE: ON – “BREAK YOU” 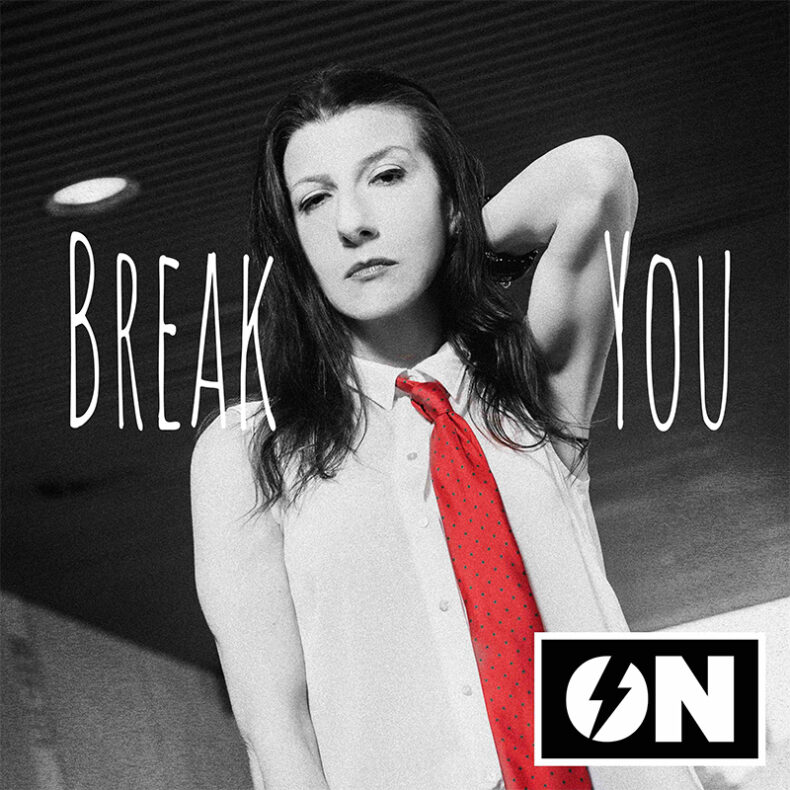 If you lived through the 90s (and even if you didn’t but you are no stranger to the particular sounds of this special decade), you will automatically have it in your blood to love some savourty college rock flavour of the ilk dished up by such bands as Nirvana, Hole, Veruca Salt, L7, Pixies and Smashing Pumpkins. From that particular line of consciousness comes our own homegrown talent in Toronto power trio ON, who proudly wear those very influences on their sleeve – and may we say, to our own delight.

Sitting pretty at the heavier end of the College Rock sound, the band has managed to pull off a clever blend of pop melody with raw rock abrasiveness in quite a potent sonic sucker punch. Their very tight weave of classic and alt rock coated grunge works fabulously, a tendency extending from this single “Break You” throughout their entire eponymous ON album, released via Toronto indie imprint Indiestructable Records.

Lucy Di Santo says, “The song “Break You” soars like a goodbye love letter to a toxic person, place or substance; it’s a decree of emancipation – and breaking away from what dictates and captures the human soul. It is an outcry, a battle cry, and finally a freedom cry of intention – all wrapped up in a hardcore punk-metal riff that end with Sabbath-esque overtones.”

Earlier, ON released the singles “Blackmail” with video directed and edited by Michael Gucciardi and “Underdog” with lively video filmed by Lindi Gordon and edited by Gucciardi. One would not be mistaken by noting such bands as Cage the Elephant, Pixies, Royal Blood and Refused in the same breath, though it might also be worth adding a dash of Veruca Salt in that mix for healthy measure.

Written in Toronto and New York, ON guitarist Steve Fall says the ON album is “a document of friendship navigating explores in pain, and hope. Looking at the world with a collaborative effort to document what we see, witness and feel through songwriting and chemistry as a band.” Following pre-production recording with Drew Howard at Star Sound Studios in Cape Coral, the band worked with sound engineer Darius Szczepaniak (Sum 41, Black Crowes, Big Sugar, Bare Naked Ladies, Jann Arden) out of Phase One Studios.

The full ON album is out now and available everywhere online, including Spotify, Apple Music and Bandcamp. It can also be ordered at https://indiestructablerecords.com or along with some fab merch at www.theonstore.com

The band will also be embarking on their North American tour, which gets underway in San Diego on February 14 following intense recording sessions for new material with legendary producer Ed Stasium (Ramones, Talking Heads, Motörhead, the Smithereens, Living Colour). If you are elsewhere outside of Toronto, do the wise thing and check out tour dates below to see if ON is coming to a venue near you.

Also enjoy a few other fine audio-visual offerings from the band, as well as the aforementioned album: