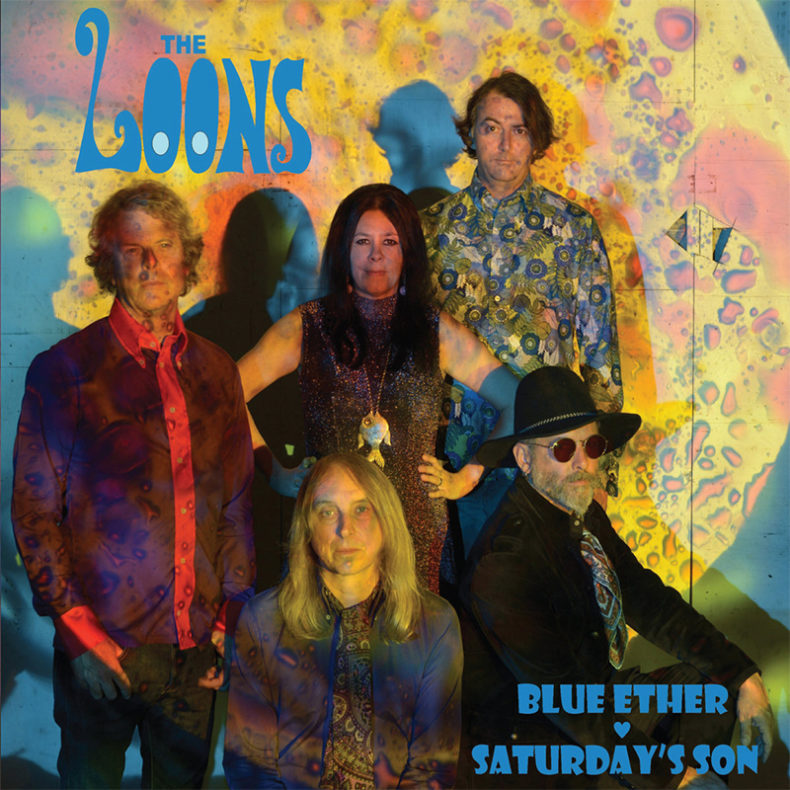 In this click bait, flavor of the month, short attention span world, THE LOONS are an anomaly. Their records and live performances have commanded the attention of  a devoted tribe of fans for twenty years and counting. In that time they’ve made four albums, a bunch of singles, and played gigs in more cities around the world than they can keep count of. They’ve collaborated with original ‘60s music icons like Glenn Ross Campbell of the Misunderstood, Dick Taylor of the Pretty Things, Randy Holden of the Sons of Adam and Blue Cheer, and Michael Stuart-Ware of Love. The Loons have grown and evolved but never compromised, remaining fiercely committed to the untamed spirit and  creativity of ‘60s garage, freakbeat and psychedelia.

Diamonds, Garbage & Gold: The Best of the Loons,  released on Burger Records in November 2017.  Mike Stax (who also publishes Ugly Things magazine) was already a veteran of several other San Diego bands, including the Crawdaddys and the  Tell-Tale Hearts, when he first formed the Loons in 1997. Ebbot Lundberg of the Soundtrack of Our Lives produced the group’s debut album, Love’s Dead Leaves,  released by Get Hip Records in 1998. Anja Stax  joined on bass after relocating to California from London, where she’d been playing with the Diaboliks, and the rest of the lineup ((Marc  Schroeder and Chris Marsteller on guitars, Mike Kamoo on drums ) clicked into place soon afterwards. The Paraphernalia  album was released in 2004, followed by Red Dissolving Rays of Light in 2010, which included two tracks with Glenn Campbell of the Misunderstood on steel guitar, and Inside Out Your Mind  in 2015. All were recorded at Kamoo’s Earthling Studios in El Cajon, which is outfitted with some of the finest vintage analogue recording gear known to man, including the original eight-track machine from Sunset Sound used to record landmark records by Love,  the Buffalo Springfield, the Doors, Clear Light, and Captain Beefheart & the Magic Band.

The Loons new single, Blue Ether b/w Saturday’s Son, is due for release on Dirty Water Records in March 2018. The A-side is a driving, psychedelic-infused number designed like all Loons songs, to move your mind as well as your feet. The title and lyrics refer to the elusive, mystical realm where all creative inspiration resides, somewhere between the conscious and unconscious mind. “Saturday’s Son,” originally recorded by the Sons of Adam, has been in the Loons’ live set for years, and having reshaped it, they felt it was time to commit it to vinyl.

Anja Stax on the inspiration behind the video: “We already had an idea about using some of the video footage which was recorded at our most recent photo shoot. We had our friends Ake and Josh, collectively known as Operation:Mindblow do all the liquid light projections for the photos and the mood and colors just turned out perfectly to work with the title “Blue Ether”. I love what those guys can do with a few overhead projectors, oils and secret ingredients. The next inspiration was watching a BBC documentary about the anniversary of “Saturday Night Fever”. Interesting and not so well known that it was leaning on the 60s angle as the article which the movie was based on was originally based on the whole English Mod movement. I have always loved the movie and especially that opening scene when John Travolta is walking down the sidewalk with his cool boots and not a care in the world. The director mentioned that this scene was shot with the camera sitting on a skateboard which immediately gave me the idea of the opening scene of the video. A homage to a movie, made on a low budget but with great visual outcome. We taped my phone to a skateboard, attached a piece of string and went up and down our street to the amusement of all our neighbors. I think the outcome is quite good.”