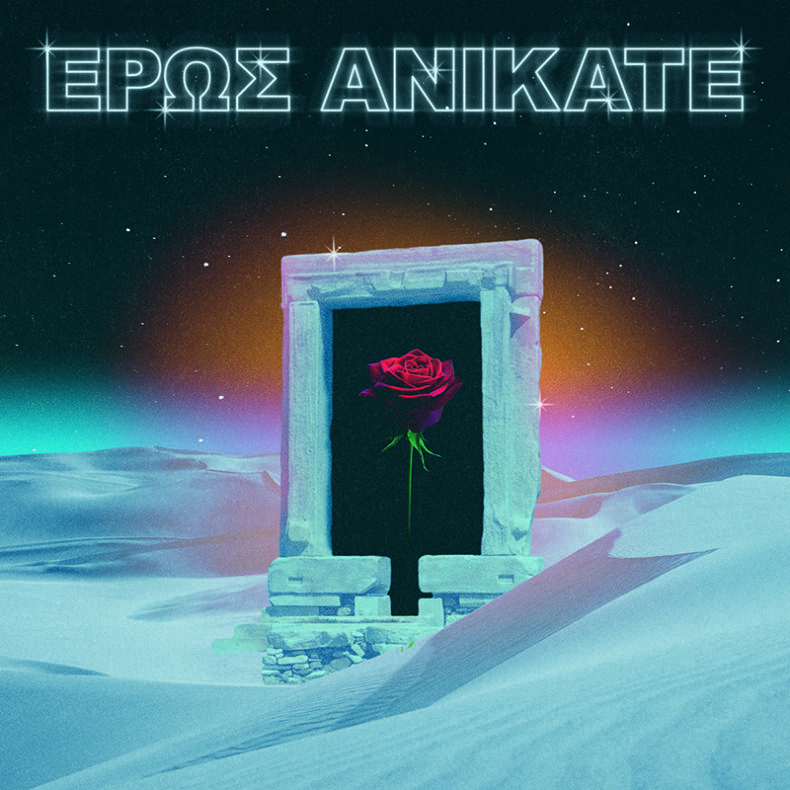 We are happy to be premiering today the new video for ‘Whispering’ by Berlin-based Greek-German duo Local Suicide and New York born and raised Curses, a dream collab of two of the most important figures in the dark disco scene.

The track is taken from Local Suicide’s critically acclaimed album ‘Eros Anikate’, released via their own label Iptamenos Discos. The album showcases the couple’s signature ‘technodisco’ sounds and their diverse influences, from ancient Greek mythology to Beat Literature. The result is a sound like no other, that blends retro and modern musical elements, baselines, and other worldly vocals.

Local Suicide collaborated with Curses to produce ‘Whispering’, a track reminiscent of a wilder and sexier time- putting the ‘wild’ in ‘Wild West’. This collaboration is the perfect outlet for bridging together the EBM, Italo & New Wave sounds the artists are known for. The gritty guitar riff melody takes the center stage, emphasized by the syncopated bleep bloops and kick drums, Curses’ ghostly vocals and Local Suicide’s Vamparela’s mysterious whispers.

The video directed by Italian upcoming visual artist Fabio Cassano reads like a western-inspired fever dream. The eerie feeling induced by the endless pursuit is intensified by the hypnotic whispers that act as an enchanting love spell. Reflecting on the songs nonchalant, ominous vocals which sit comfortably on cryptic guitar riffs and post-disco grooves, Cassano manages to engage a vintage feel featuring the classic western elements of drowsy mystery and a palpable bygone quality to the footage allowing a general menacing feel to wash over the viewer.

“The video is a celebration of Gothic Western, a collection of fragmented dreams and memories from a darker side of a modern myth – and a tribute to the masters who made the screen shimmer with these visions; all carried by a hauntingly hypnotic score”. ~Fabio Cassano