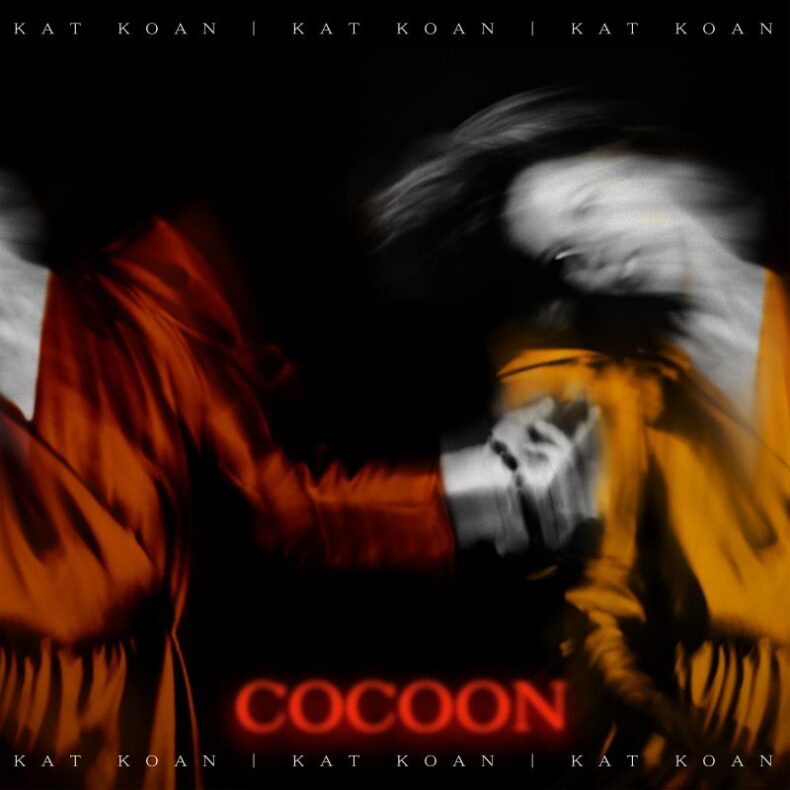 Berlin based Kat Koan & The Lost Souls are pleased to announce the final track ‘Stay’, lifted from the forthcoming debut album Cocooon due 7th October this year to be released on Vinyl and Bandcamp only.

Following on from recent tracks ‘Slow’, ‘Fangs Out’ and ‘Lost Souls’, ‘Stay’ sees Kat Koan and her new band ‘The Lost Souls’, channel blues rock influences, peppered with subtle nods to esteemed peers like Yeah Yeah Yeahs, Blondie and Wet Leg, and is accompanied by a live studio session video.

Kat explains: “This song is special for us for many reasons. Firstly, it combines my two loves – music and visuals – the sound evokes all kinds of images in my head. Secondly, the way it came about was pretty mad. I was at home, breaking my head over trying to figure out a relationship issue when I got a message from my music partner Raymond Rose, telling me to listen to an intro he just came up with. I’m not sure what happened but I was so affected by the sound that I sat down on my bed, holding my SM58 mic, pressed record and then just sang this song without thinking. It’s super strange, normally I spend days and days writing and re-writing lyrics as I’m very particular about what I want to say and how I want to say it. But with this song stuff just came out without trying. We actually kept this very first take I recorded, because the emotion in it was special. We got very lucky to join forces with one of my favourite male artists- Freddie Dickson. His voice is like warm honey and adds such a nice layer to this track. The combination of all the sounds – the guitar, synths, vocals makes me very happy as it transports me into a dark dreamy world. And thirdly, it was quite nice to allow the tough ‘badass’ shell to go to rest for a bit and make a softer song. To be honest that isn’t easy for me but I figured it’s much braver to be vulnerable sometimes than to keep on walking down the comfort zone path.”

Deciding to buck the trend by releasing on Vinyl and Bandcamp only, Kat Koan goes back to basics and aims to forge a personal relationship between the listener and the band.

“Music is precious. Making music encapsulates many strong emotions, heart, soul and craft; the process is all encompassing. Of course, it’s a joy and a real pleasure to make music and I don’t look at making our own album as a ‘job’ that I should get paid for but there is a value to it. We will be staying away from digital streaming platforms for this album and release it on vinyl only, via bandcamp. 8 vinyl sales are the financial equivalent of 50 000 streams on Spotify, which is mad when you think about it. The album is quite personal so we’d love to share our little Cocoon with a few people who want to be part of this adventure. We’re keen to have a closer relationship with those who dig what we do.”