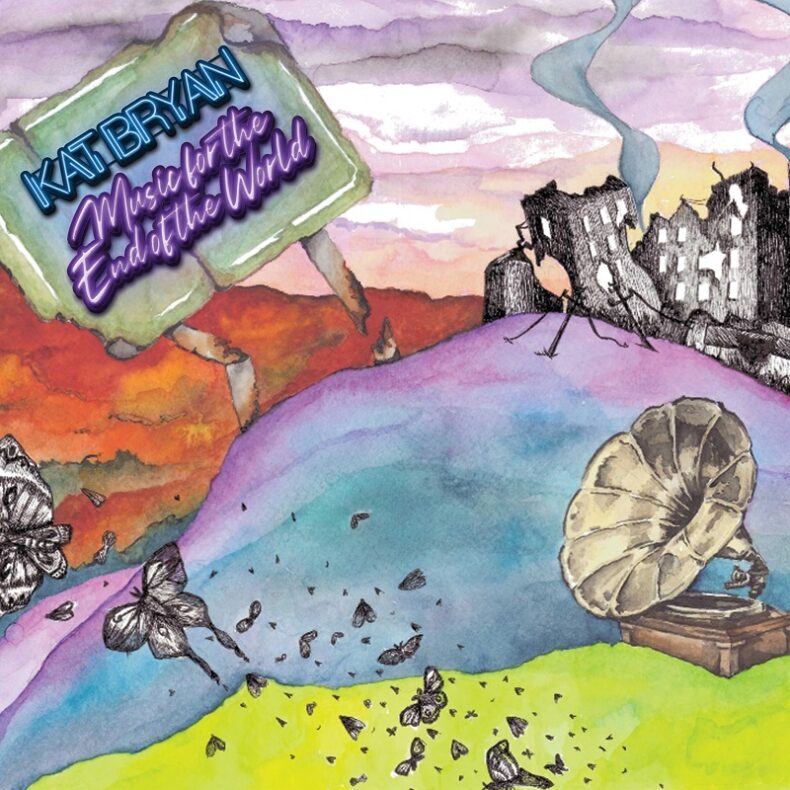 KAT BRYAN – “CENTRE OF THE EARTH”

Canadian singer-songwriter and producer Kat Bryan signed to AnalogueTrash in early 2022. Since then, she has released three singles – “Circus of the Living”, “Devil’s Curse”, and “Centre of the Earth” – in the leadup to her debut full-length album, Music for the End of the World.

Inspired by innovative artists like Nils Frahm, Sigur Rós, and Imogen Heap, Music for the End of the World see Kat Bryan blend her warm and soulful roots found in a love of classic jazz with vibrant and lush electronic instrumentation, allowing her to effortlessly skirt the edges of both the electronica and pop genres.

The creative rebirth that led to Music for the End of the World was set into motion by a number of factors, one of which was the life-changing effects of Covid-19. Music production had become a focus for Kat during the early days of the pandemic when like many, the daily work routine changed suddenly and dramatically. It was also a process that saw Kat develop her previously folk-oriented sound into something more akin to soulful electronica with a subtle gothic flavour.

With the album’s release rapidly approaching, Kat has released the official video for recent single Centre of the Earth.

Kat says: “At its core, Centre of the Earth is about climate change and ignoring inconvenient science. When it came time to create a video that would get these themes across, I choose to work with longtime friend, and incredibly talented filmmaker, Diandra Lee Woon-A-Tai.”

Diandra is an actress and filmmaker from Toronto, who decided during lockdown to experiment with shooting with minimal equipment and budgets. She explains:

“With minimal access to locations, and rising costs, I really embraced a way of shooting that requires nothing more than your phone, minimal lighting and a lot of imagination. With this being my first music video, I wanted to test these concepts out and worked with Kat to develop a visual story that speaks to the matter at heart, while being engaging and interesting to watch.

“The video’s concept is centered on a not-too-distant future where war, famine, plague and disease have raged, and water is now scarce. The story follows a woman in her search for potable water, using a gas can as her canteen. Throughout the journey she is seen wearing a utility mask as a visual nod to toxic atmospheres as well as the presence of airborne communicable disease.”

Kat adds: “Other characters I portrayed throughout the video are meant to embody the varying emotions I experience thinking about climate crisis and inaction, ranging from a sense of foreboding and warning, to rage, anger and sadness. Finally, we made use of stock footage to fit the themes of climate crisis, civil unrest and protest, and environmental destruction. We shot the video over several weekends around Vancouver.”

Music for the End of the World is released on the 28th of October via AnalogueTrash in digital and CD formats and will be available to stream and download on all major stores and platforms.

Pre-Order Music For The End Of The World HERE