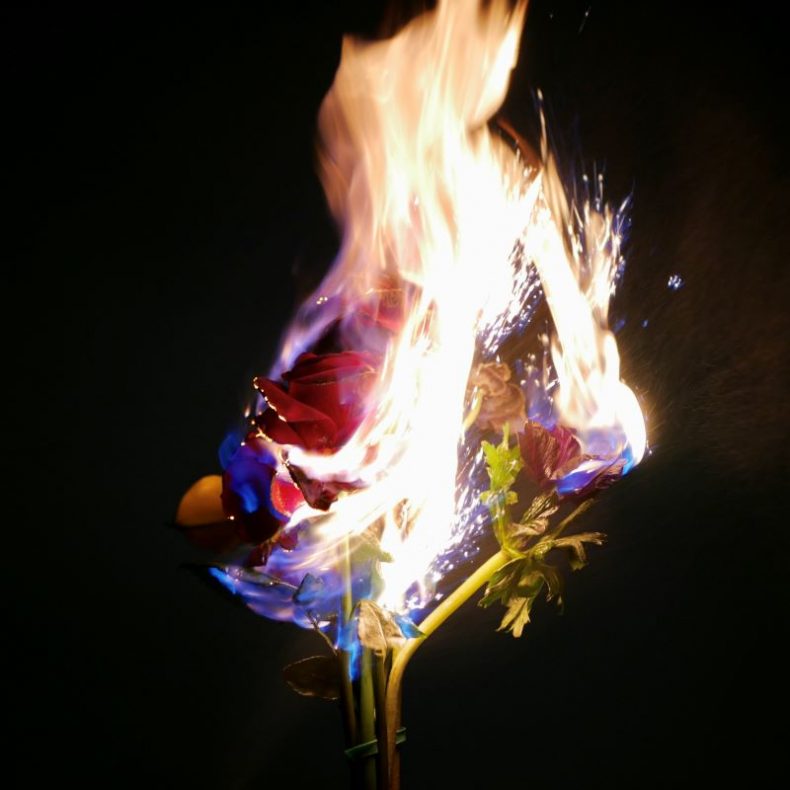 Poor Luck is an EP strung together by a series of misfortunes, both personal and global. “Lover” is an electro-rock track exploring nightclub infidelity and feelings of shame that put a strain on one of Jack’s previous relationships. “Something American/Creme Brulee” is a song about the death of Jack’s grandmother. “For Lovers Only” is a heavy metal piece featuring traditional Chinese instruments about the civil unrest in Hong Kong. “For Lovers Only” is an eight minute indie rock epic about the band’s former drummer, who traveled across a pandemic stricken American in pursuit of a lover, only to have her heart broken. The cover art was designed by Jack’s best friend and long-time visual collaborator Sebastian Avery. Sebastian captured the photo of a police helicopter flying overhead during protests in Baltimore City in June 2020, and flipped the image upside-down for a twist of dark irony.

The band debuted “Poor Luck” live at NYC’s time tested indie music venue Mercury Lounge. The show was directed by actor Avery Whitted, who recently starred in the Netflix adaptation of Stephen King’s In The Tall Grass. The show was a candle-lit whirlwind of cried-off eyeshadow, neon lipstick, and heavy metal under red disco ball light. The venue was so impressed that the band was invited back to play a Friday night slot on February 18th. For the next performance, the band has decided to go with a theme: “Prom Night”. Buckets of blood may fall from the ceiling á la “Carrie”. Jack is a Stephen King fan too, after all.

“Lover is a song about infidelity, about a dark desire I had to cheat in a relationship, and about my feelings of shame because of it. The lyrics are a self portrait. A confession of sin.”