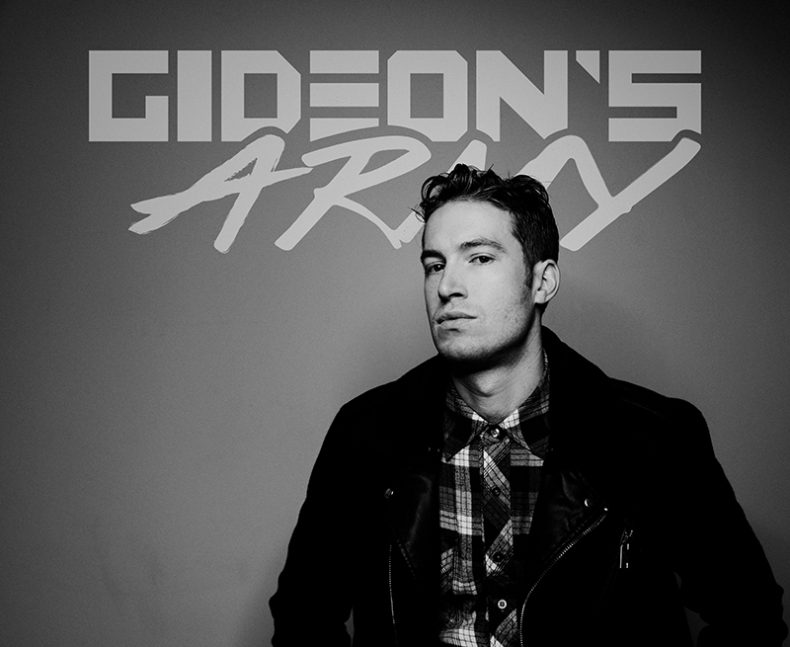 New York-based southern-infused rock collective, Gideon’s Army, release their full-length album, King of the League. It will be available on CD, vinyl LP and digital formats and was recorded with Anthony Gallo (Bon Jovi, John Legend, Common, Norah Jones, Gavin DeGraw, Yeasayer) at Virtue and Vice in Brooklyn.“While they are somewhat ironically based in New York, Gideon’s Army shows no sign of being out-of-touch when it comes to the genre of Southern rock. Their passion-filled guitar solos, gritty vocals, and noticeable blues and soul influence show a true connection with this type of music.” (Indie Band Guru)

Founded in 2014, Gideon’s Army is the brainchild of frontman and guitarist Rob Bray, who boasts a “sincere and melancholic with a richly smooth silt-bottom voice and sparkling gluey mucilage” (RawRamp) and wrote and recorded the first tracks as a solo project. Bray has since taken his act to some of New York’s most well-known stages, including The Cutting Room, Pianos, Leftfield and The Bitter End, filling out the group’s line-up with an array of guest musicians along the way. Influenced by a variety of artists, including Bruce Springsteen, Tom Petty, The Black Crowes and Kings of Leon, Bray is gearing up to bring Gideon’s Army’s diverse sound to the masses.

Over the past six months, Gideon’s Army has also notched performances across the US, including shows at legendary northeast venues, Arlene’s Grocery, Fontana’s and Mexicali Live, as well as in Los Angeles, San Diego, Las Vegas and Boston. “Listening to the work of New York-based outfit Gideon’s Army, you hear the swelter and humidity that can only come from someone who completely understands the rhythms and substance of classic Southern rock.” (Nooga) The band is poised to hit the road again in support of King of the League and will look to return to the studio for the album’s follow-up in late 2016.

“Roll On is about weirdness and owning it and rolling with it despite the social and economic pressures.”