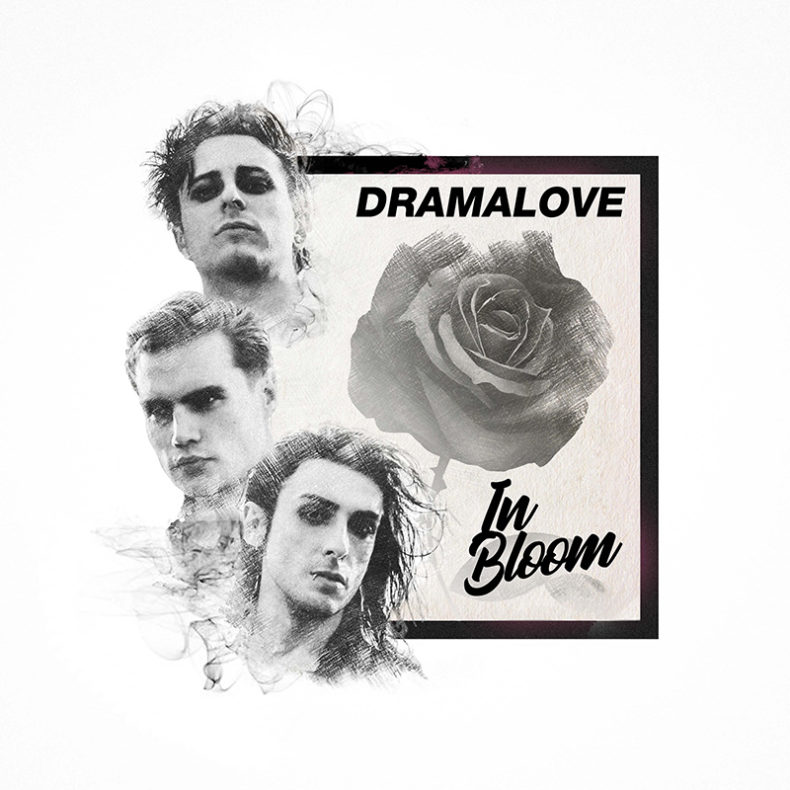 Hailing from south-east in Canterbury, Kent, exuberant alt-rock three piece Dramalove mix guitar based rock with electronic angularity and darkly poetic lyricism. After receiving airplay on BBC Radio 6 Music with the previous single “Play With You” and playing The Great Escape Festival in Brighton and Tramlines Festival in Sheffield, on top of NME Presents nights in London, the band is now releasing the lyric video for the new track “In Bloom”, an electronic rock blend with guitar riffs and dark-poetic oriented contents. “We’ve relocated in the U.K. some two years ago now and we feel like there’s so much to achieve here. It feels like the homeland of live music and alternative scene. In the next few months we will be releasing single after single, as the actual music and digital market is pushing artist to do – then we’ll probably put of all them together into a proper album”.

“In Bloom” speaks about a love that is growing with the two involved hearts unaware of the inevitable end. It mixes Depeche mode electronic grooves with some Muse and Placebo guitar strikes and romantic melodies.

Dramalove will be touring south UK during autumn 2018, catch all the dates HERE.

“We always do our best to try and stretch out of our comfort zone. As we did on “Play With You”, we kind of experimented blending electronic grooves with our basic guitar roots. We’re very happy of the final result, you can hear some synth layers melting with arpeggiators and guitar distortions, which we personally love. It’s a bit of “back to the future” feeling – bringing some 80’s nuance in a modern, cool way. Lyrics are about a love growing while the two people involved are unaware of it – a bit like, when something it’s meant to be, it will be anyway, whether you like it or not.” ~Diego (vocals, guitars)