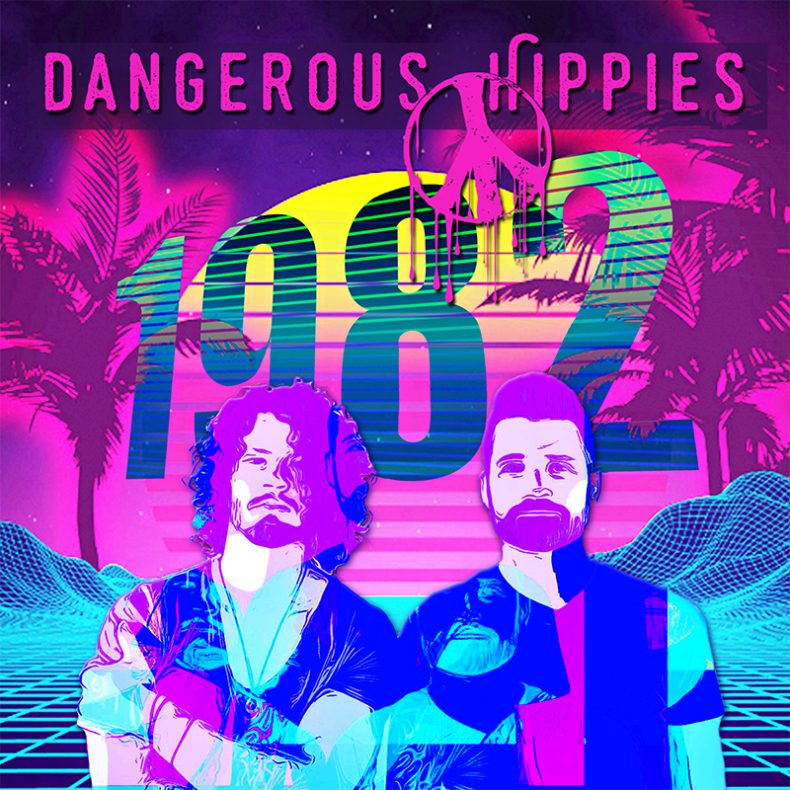 What’s old is new (and cool) again in the video for “1982”, the latest from pop duo Dangerous Hippies. If you’re not familiar with the band, you might recognize it’s members – Marshal Dutton and Cody Hanson – as the lead singer and drummer from radio rock kings Hinder. Unlike the long-running rock act, Dangerous Hippies lean into their pop sensibilities rather than relying on riffs; flexing shades of Bruno Mars, The Chainsmokers and Maroon 5 with upbeat percussion, bright synths, distorted guitars and harmonized vocals. Seriously—it’s hard not to hum along after your first go with the chorus.

The video for “1982” is a blast visually. As the title suggests, it was inspired by retro ‘80s style, with a strong focus on neon colors, arcades and synthwave aesthetics. With so many artists and directors using the 1980s as a visual template for their videos, the high-production value and cinematic direction of Dangerous Hippies’ video manages to stand out as an individual work while still reminding us of some of the greats. If you’re into the recent trend of extravagant “flashback to the ‘80s” movies like Turbo Kid and Kung Fury you’re going to love this.

“This video was really fun to make and is probably the coolest video that we’ve ever put out,” Dangerous Hippies tell The Spill. “It’s upbeat, vibrant and matches the vibe of the song perfectly.”

Check your preconceived notions about what two of active rocks biggest stars have to offer at the door and dive into “1982.” It’s poppy, fun and could (should) be the soundtrack to your 2020 summer!