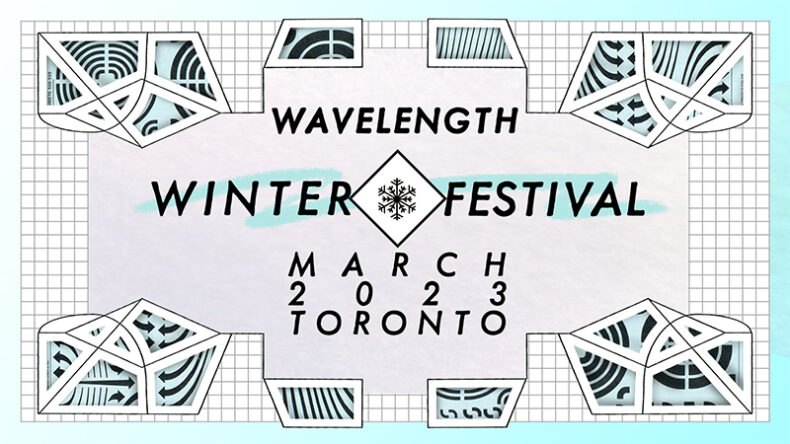 Wavelength ushers in 2023 with the first in-person edition of the Wavelength Winter Festival in three years. Curated by Daniel Monkman (Zoon, Ombiigizi), the festival champions the resilience of grassroots artists, puts the spotlight on Indigenous creativity, animates both new and iconic spaces for live music in Toronto, and celebrates the ongoing influence of Canadian independent record label Constellation Records. Taking place over the second weekend of March at a new pop-up venue at 805 Dovercourt Road along with two larger special events later in the month, the Wavelength Winter Festival is sure to warm the ears of sonic adventurers in the waning weeks of the chilly season.

Plus an exhibition of films by Constellation Records artists
+ More TBA

“I’m really excited to see different generations of artists coming together for this year’s Wavelength Winter Festival,” says Artistic Associate and curator Daniel Monkman. “All the artists share a sense of authenticity around their art Julie Doiron’s music has always been really inspirational to me, and Eric’s Trip were the first Canadian band ever signed to Sub Pop I grew up on Constellation Records, ever since I heard Godspeed on the soundtrack to 28 Days Later. And I’m a huge fan of Joe Rainey, so it’s a dream of mine to have his part of the festival, and support Indigenous artists who are taking a futurism approach.”

“I’m blown away by Daniel’s lineup, and this year is shaping up to be one of my favourite Wavelength festivals of our 23 years,” says Artistic/Executive Director and Wavelength co-founder Jonny Dovercourt. “Creating new spaces for the community to gather is what we’ve always been passionate about, and as we gradually recover from the pandemic, it’s a thrill to host our own pop-up venue at 805 Dovercourt for our first in-person Winter Fest weekend in three years. And it’s also encouraging to see new venues opening up in Toronto, so we are grateful to be part of the first slate of shows at Massey Hall’s new TD Music Hall. With personal faves Deerhoof, no less! And it feels like a historic occasion to host Wavelength’s first-ever show at the Danforth, marking the return of Do Make Say Think, a band so important to the Toronto music community.”

★ Two-night celebration (March 11 & 25) of pioneering Montreal-based independent record label, Constellation Records. Best known as the home of post-rock icons Godspeed You! Black Emperor, Constellation continues to break new ground in modern music with a roster encompassing ambient, avant-rock, electronica, freak folk, and beyond. The stacked lineup March 11 with Jessica Moss, Kee Avil and others is not to be missed. 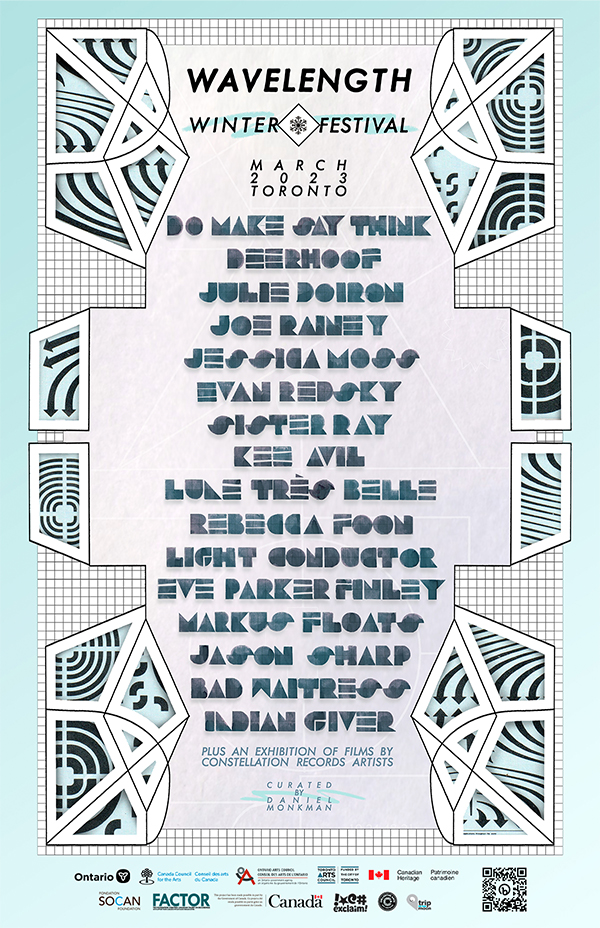 Plus: Exhibition of films by Constellation Records artists (all three nights)
Tickets on sale @ ShowClix.com & wavelengthmusic.ca

Wavelength Music is a curated concert series designed to champion creativity, co-operation and collaboration in the independent music and arts scenes. A non-profit arts organization that puts artists and the community first, Wavelength started as a grassroots, artist-run concert series and community hub, presenting its first of over 800 shows in 2000. A cornerstone of the Toronto music scene, Wavelength Music has championed thousands of emerging artists during its 20+ year run and two decades later, is thriving as one of the city’s foremost independent, non-profit arts organizations presenting two annual festivals, a monthly music series, talk/discussion events, and multiple collaborations with other arts organizations.

The Wavelength Winter Music & Arts Festival is supported by the Government of Ontario, Ontario Arts Council, Toronto Arts Council, Department of Canadian Heritage, the Canada Council for the Arts, FACTOR, The SOCAN Foundation, Exclaim, Collective Arts Brewing, and Trip to the Moon.

The Released From Isolation Playlist

SPILL NEWS strives to keep our readers up to date with news and events in the music industry. We keep you informed of the most recent information regarding new releases, tour dates, and information items about your favourite artists.
RELATED ARTICLES
newswavelength