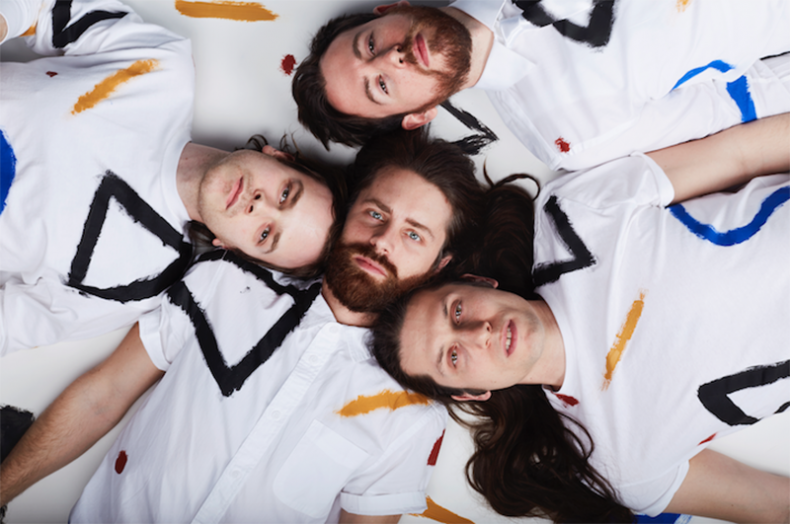 Adiós Ghost – “It Was Never”

A historic blizzard makes an appearance in the latest Adiós Ghost video. The video for “It Was Never” was filmed when historic snowfall covered much of Brooklyn in early 2016. Further personifying the weather and turning the elements into a character all its own. While mirroring the rage of mother nature, the video becomes a revenge tale between Adiós Ghost frontman Ben Sigerson and Actor/ Cinematographer Mason Cash. The burdensome weather begins to take a toll on the boys, as tension begins to build until finally emotions flare and it becomes a battle of the ego.

Set in the usually bustling metropolis, the video displays a stark contrast with much of the city carpeted in snow and many of the streets desolate. The atmospheric gray scale is heightened by the emotional substance fueling the track, making this one of the more iconic videos for the quartet. The idea for the video was conceived by writer/ director Sam West of the Onion and Adult Swim.

Another stellar contribution from the alt-rock wizards.

We had a recording session booked months ahead of time, which just so happened to be the very day of Winter Storm Jonas (the second biggest winter storm in New York City history). So on the morning of, A Loew decides to show up with our videographer friends Mason Cash and Sam West, and basically said, “If you’re not recording right now, then come outside. We’re shooting a music video.” About half an hour later, the city started closing all the roads.

Adios Ghost have a show scheduled for May 25th at Shea Stadium in Brooklyn. Full details of the concert + tickets HERE.

by SPILL NEW MUSIC on April 2, 2016
Adiós Ghost – “Tension” A Spill Exclusive Canadian Music Premiere It’s hard to talk about Adiós “Tension” as an individual song without talking about the Endless [...]