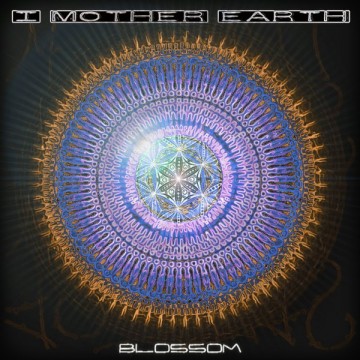 BAND DONATES 100% OF PROCEEDS TO CHARITY


It’s not nice to fool Mother Nature. Nor is it a good idea to fool with I Mother Earth. Especially when it comes to the release of a new song.

IME was recently getting ready to release a brand new single when someone let the cat out of the bag. The leak prompted the band to change their plans for the release of “Blossom” — but in a good way. However, songwriter and guitarist Jag Tanna was not amused. “I was about one second away from throwing the tune in the shitter actually and saying ‘fuck it’ out of frustration and just start in on a new one.”, he declared on the band’s website, The Open Mouth Blog.

“It was just another example of outside forces fucking with our proverbial and infamous shit, and I think by now you all know how I feel about that! I just don’t have the stomach for it anymore. So instead, the more mature me (yes, me) started thinking that this can all be turned into a positive if we just work with you guys and tell you our new plan for this tune.”

It was then that the band decided they would instead make the song available for free download – but with the option to pay – and with 100% of the proceeds going to the Unison Benevolent Fund, an organization that provides financial, counseling, and health services for musicians experiencing challenges. IME is also encouraging fans to contact their local radio stations and request “Blossom”, which is now available for airplay, in an effort to “support those who support us”.

“Blossom” will be available November 6th for pre-order, and November 13th for free download, through radio station websites. The link will give purchasers the option to download the song for free or gift it, and will also offer additional information about Unison and the musicians it supports. In a further gesture of good will, as of the 6th they are also offering the chance to download their two previous single releases, “We Got The Love” and “Devil’s Engine”, with 100% of proceeds being donated to Unison as well. Although the song is offered free, IME is hoping the “more gentle, non-piratey side of the general public” will step up and donate. Please do. Unison is an organization dear to their heart, and it is not the first time the band supports them.

As for the song itself, in an interview with Paul Morris of 97.7 HTZ FM, Tanna describes “Blossom” as being “one of the most simple we’ve ever done”. “I’ve had this riff for a really long time, but the thing that draws me to it is it’s really repetitive”. If anything, IME has built a reputation of being anything but repetitive. Just in case you hadn’t noticed, I Mother Earth is a gathering of exceptional musicians, and much of what they have produced is pretty much superb, lengthy guitar solos of Tanna’s, racing Chuck Daily bass riffs,range blowing vocals by Brian Byrne, and a hellabunch of intricate drums and percussion beats by Christian Tanna and Daniel Mansilla. A few bars of rhythm guitar thrown in for effect. Repetition just isn’t on the menu. Yet he adds: “We’re at the point now where we just go “I don’t care anymore, I’m just gonna do it”, and in the end worries that the listeners will like it. He also announced plans to start mapping out another single next week – which is definitely more good news for fans. You can be certain that they will not be disappointed.

In the meantime, however, you’ll want to download “Blossom”, while making a monetary contribution. “Listen carefully to the song without interruption and smile a bit,” Tanna urges. “Shake your ass, punch somebody .. spread the word if you think what we are doing is worth doing”.

Worth doing, Jag? You better believe it is! Just another reason to love I Mother Earth!

SPILL NEWS strives to keep our readers up to date with news and events in the music industry. We keep you informed of the most recent information regarding new releases, tour dates, and information items about your favourite artists.
RELATED ARTICLES
blossombrian byrnechristian tanna