Track Of The Day
124
previous article
SPILL TRACK OF THE DAY: WORST ONES - "FOUND OUT"
next article
SPILL FEATURE: A REMARKABLE ARTIST - A CONVERSATION WITH TERRY DRAPER (EX-KLAATU)

After spending a year in their studio crafting the follow up to their EP, Suburban Birds are ready to surface with their 11 track debut LP “Lituya Bay”. The record reflects a time when the band collectively dealt with family illness and developed a strange fascination with large natural disasters. The record’s title, “Lituya Bay”, is a reference to the largest megatsunami in recorded history: a 1,722 ft wave that crashed into Alaska in 1958 after a violent earthquake and rockfall. Along those lines, the record has a beachy, washed out atmosphere, flowing from sun-soaked psychedelic jams (“The Time Has Come”, “New Noir”) to crashing chaos (“Kaleidoscope”, “Mangata”). The band plans to tour with the record following its late summer 2017 release. 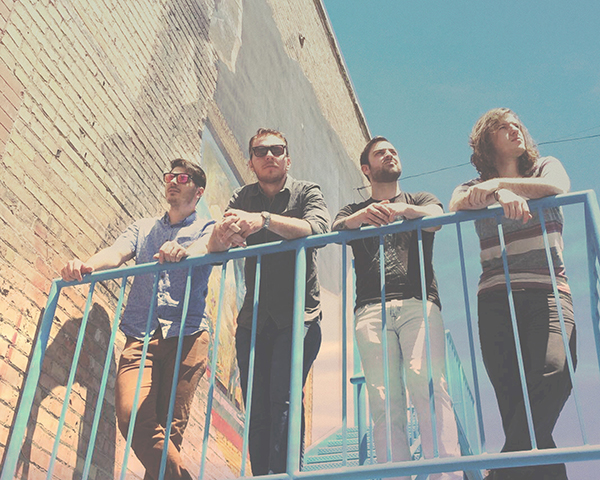 From the hazy desert sprawl of Salt Lake City, Utah come the Suburban Birds. The indie-rock four piece draws influence from dreamy 60’s pop and modern art rock, blending into a retro-psychedelic sound described by Jason Grishkoff of Indie Shuffle as “beachy Radiohead.” The band spent the last year in their studio recording and crafting the follow up to their EP. The 11 track debut LP, “Lituya Bay”, will be released in late summer of 2017.

“New Noir”, the first single from indie psychedelic band Suburban Birds’ upcoming debut “Lituya Bay” ebbs and flows with frenetic guitars, layered harmonies, and a soaked summer beach atmosphere. There is a familiarity in its lo-fi, retro sound, giving off the feeling of a dusty gem rediscovered in an attic. “Lituya Bay” will release in late September.