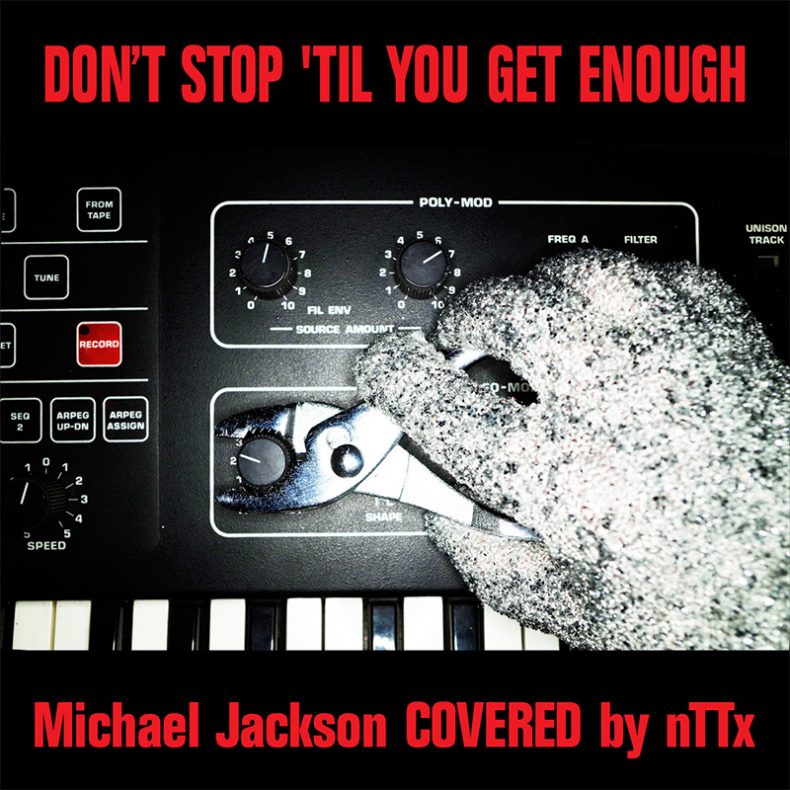 nTTx – “Don’t Stop ‘Til You Get Enough” (Michael Jackson Cover)

Toronto-based nTTx revealed a cover of Michael Jackson’s hit “Don’t Stop ‘Til You Get Enough” this week — done in an EBM/Industrial style — out now on WTII Records.  Stealing elements of EBM, synthpop and industrial, nTTx completes this sonic landscape with strong, melodic vocals, that range from soft and delicate, to powerful and in your face.

nTTx is the new solo project of Gord Clement. He was the former singer/songwriter for the band Atomzero (AnalogueTrash Records).

nTTx’s first single, ‘Falls Beautiful’ with a b-side Depeche Mode cover was released independently in May 2015. The single spent 4 weeks in the top 15 on the German Electronic Webcharts (GEWC). The song received critical acclaim from the press with descriptions like “master work” and “features slightly reminiscent of Nitzer Ebb or Spetsnaz mixed with groups like Depeche Mode”.

This lead to being signed to WTII Records and the release of his debut EP Objective in April 2016.

SPILL TRACK OF THE DAY is published daily, showcasing the best in recent independent releases, with a focus on the Toronto Indie Music Scene. We also feature tracks from across Canada and around the World, including Canadian francophone releases. Remember -- you heard them here first. ;)
RELATED ARTICLES
atomzerogord clementnttx

by SPILL NEW MUSIC on September 30, 2019
ATOMZERO UNVEIL THE VIDEO FOR “TECHNOLOGY” – THE LATEST SINGLE FROM THEIR TECHNOPHILIA ALBUM ANALOGUETRASH [...]

by SPILL NEW MUSIC on February 18, 2019
ATOMZERO – “AUTOMATIC” A Spill Exclusive Video Premiere ATOMZERO is an electronic duo, comprising of Peter Godziszewski along with vocalist, musician and fellow Toronto [...]