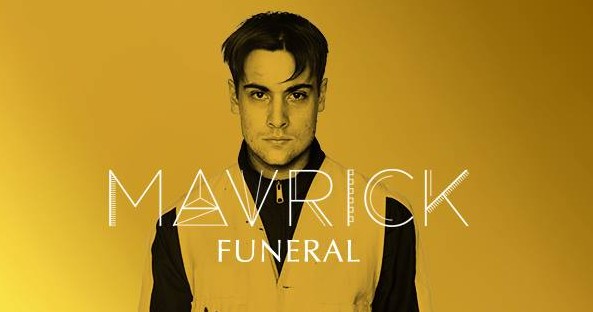 Following up from the success of his debut single Remedy being championed by the likes of Noisey, being selected for the Spotify Spotlight Program in 2016 as well as multiple spins from Zane Lowe on Beats 1, Scandi singer Mavrick is back with a brand new number Funeral.

This time around, however, he wants the production to directly reflect the lyrics and all the conflicting emotions following them. Whilst playing around with the “in your face” raging bass-line which resembles Walk The Moon’s Different Colours, the rest of the song is surprisingly difficult to pin down or compare to anything else out there.

Funeral expands in its influences towards the daring combo of M83’s knack for maximalist explosive electro-grandeur, Hozier’s gospel-like ambiance, Austra’s strong giallo vibe, and topped with the contemporary air of XOV.

Signed to Universal Music, Mavrick is currently working on his debut album which is bound to have a buffet of sonically unique tracks. He says: “I know Funeral is quite far from Remedy, but get used to it because I never want one song to sound like the other.”

The new single is available for sale, stream and download at all the usual places from Friday 4th March in Europe, Friday 11th March in the USA.