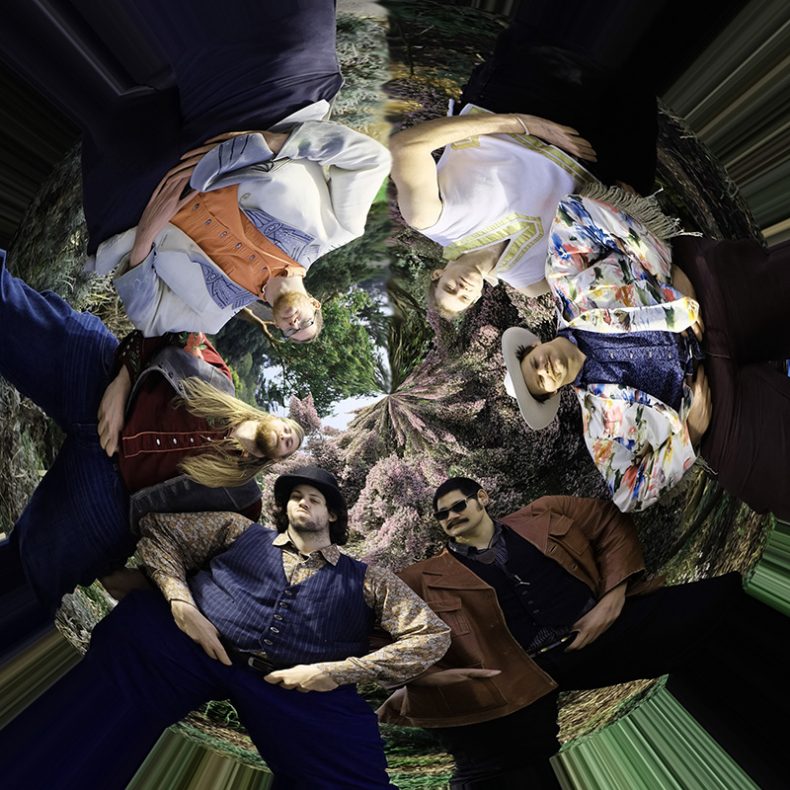 Battlehooch is the kind of band you thought went extinct along with landline phones and cassette tapes. In one sense they’re a band from another, sturdier era: a band that releases consistently quality material on a consistent basis, a band that doesn’t sacrifice creative drive for commercial interest, a band that grows and evolves with each successive release. From the beautiful madcap mess of debut LP Piecechow to the more refined yet still quite surrealistic jams on Hot Lungs to a cool, polished psych-rock sheen on 2014’s Wink EP, Battlehooch has proven itself as a band built to last. They may possess an old-school mindset, but their music is diverse and daring enough to fit perfectly into this wild new century.

Formed in San Francisco – the birthplace of psychedelia – it’s fitting that the six-piece collective echoes the city’s tie-dyed past in its own compositions. However, the group isn’t content with becoming a mere tribute to a time period they never lived through. Instead, Battlehooch updates the sound of psychedelia for a new generation, one that can now access dozens of genres and millions of songs with a few clicks of an iPhone. Battlehooch reflects this modern trend of manic music consumption: on any of their many releases, the listener will be treated to a sonic smorgasbord, bouncing from hard rock to dance-pop to mind-warping head trips to flirtations with electronica and jazz and Afrobeat and everything in between within the span of a few minutes, sometimes even seconds.

Most recently Battlehooch has released the single “Type One Error” and its B-side “Grace of Lace” in 2015, two more songs that further demonstrate the progression of a band that never seems content to stay in one place, creatively peripatetic, reliably experimental. The band is currently looking to release a series of singles in 2016!