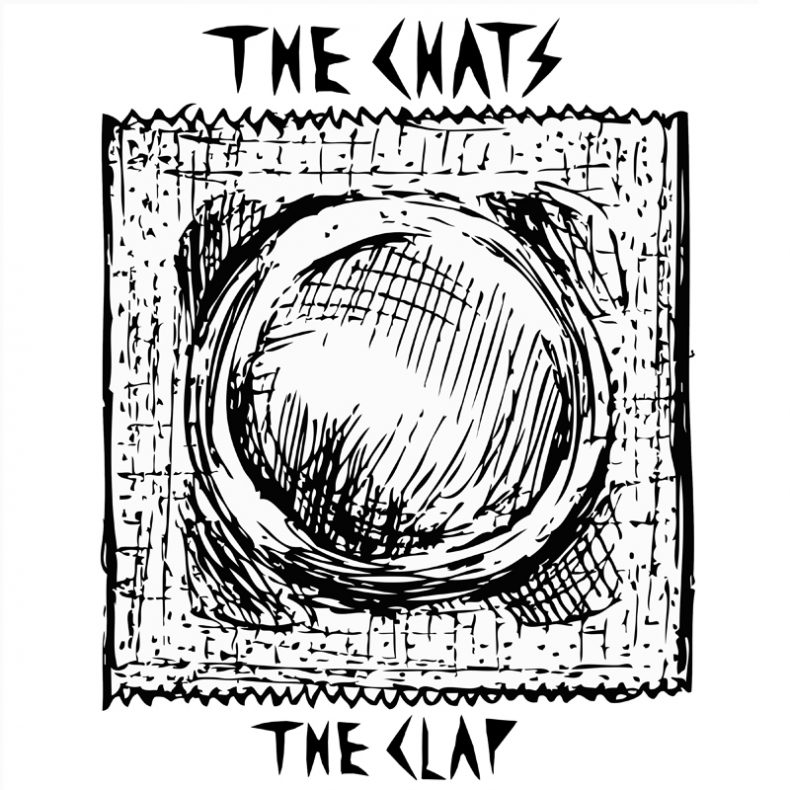 Australian punks The Chats announce their debut album High Risk Behaviour, out March 27 on Bargain Bin Records/Cooking Vinyl Australia, supported by Dine Alone Records in Canada. Pre-order the album HERE. Today, they release an eye-watering video for lead single “The Clap” which is both a cautionary tale and the closest you’ll ever hear The Chats get to writing a love song. “The Clap” features guitarist Pricey on vocal duties and is the first track from their forthcoming album. Watch and share the video HERE, directed by Matt Weston and featuring the band. High Risk Behaviour buzzes like an out-of-control chainsaw, propelled by Eamon Sandwith’s spoken-spit-sung vocals, their three-chords-is-one-too-many approach, and an exacting combination of youth, vigor and drunkenness. It’s a perfect name for an album that does not f*ck around – one that’s over in 28 blistering, funny, sweaty, unforgettable minutes.

In support of High Risk Behaviour, The Chats will embark on a North American tour later this spring, followed by European and UK dates in the fall. Full routing below. All tickets are on sale Friday, January 24th at 10am local time. The Chats – made of Sandwith, Matt Boggis, and Josh Price – formed in 2016 while still in high school. Since then, they’ve released a self-titled EP in 2016 and 2017’s Get This In Ya EP, and have accrued a fanbase that includes Dave Grohl, Queen of the Stone Age’s Josh Homme, and Iggy Pop – the latter two who asked the band to open on their respective Australian tours. And despite being the subject of a record label bidding war, they’re releasing High Risk Behaviour on their own label, Bargain Bin Records. It’s indicative of a band that has embraced DIY culture since day one. Their determination to do things “our way” extends to their music, which is why High Risk Behaviour delivers everything you’ve come to love from The Chats – only more of it. “I just want people to have a good time,” says Sandwith. “I want them to dance around and have a beer and enjoy it. We don’t make songs for people to look at in a fucking emotional or intellectual way. We just make songs for people to jump around and have fun to.”

To create High Risk Behaviour, the band worked with engineer Bill Gardner in his studio on the Australian coast. It took nearly 18 months to finish and several, quick-paced sessions. “If we’d just done a week and slogged it out we could have had an album before now but we just kept going in there and making newer and better songs so it’s hard to put a stop on it,” explains Sandwith. Its lyrics are drawn from everyday experiences; from paying attention to the kind of stuff so banal that the rest of us don’t even notice it. More information will be released as it becomes available.

SPILL NEWS strives to keep our readers up to date with news and events in the music industry. We keep you informed of the most recent information regarding new releases, tour dates, and information items about your favourite artists.
RELATED ARTICLES
bargain bin recordsdine alone recordshigh risk behaviour
7.0