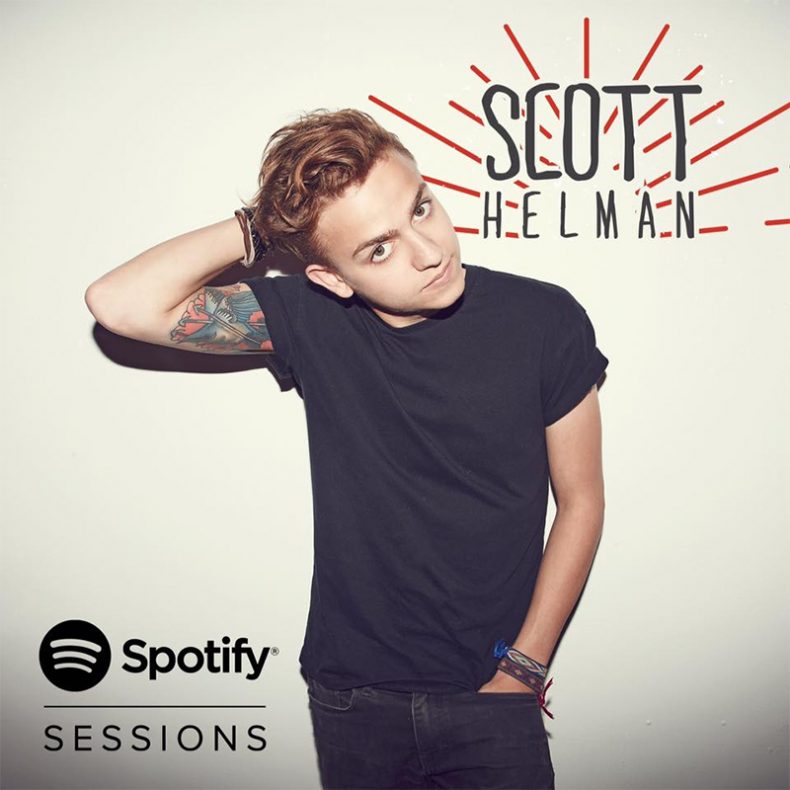 Warner Music Canada’s Scott Helman and Spotify have today launched the singer’s “Spotify Sessions” exclusively on the worldwide streaming service.  Recorded at Revolution Recording, this marks the first “Spotify Sessions” to be produced in Toronto, Ontario.  Performing in front of a select audience of 50 fans, Scott and his band created new arrangements for the six songs that originally appeared on his debut EP, Augusta.  Adding a string and horn section created never-heard-before versions of some of Scott’s most popular songs.

Scott was named the first-ever winner of Spotify Canada’s Emerge program, a 13-week contest with 12 other young Canadian artists.  Fans had their say with the winner being decided by streams and shares. Scott’s music has been streamed over 5.5 million times on Spotify.

Since the release of his debut EPAugusta, Scott Helman has worked tirelessly at bringing his music to the world.  He has had the good fortune to share the stage in Canada with Tegan and Sara, Shawn Mendes and Matt Good and has toured the United States and Europe with Walk Off The Earth.

His single “Bungalow” has been certified gold and was nominated for an MMVA as Best Pop Video.  In addition to touring, Scott and his band have performed live on the nationally broadcasted 2015 MMVAs and the 2016 Juno Awards (at which he had received his first two Juno nominations for Breakthrough Artist and Best Pop Album).  Scott also topped Teen Vogue’s list of 14 Singers Who Are Going To Dominate in 2016.

SPILL NEWS strives to keep our readers up to date with news and events in the music industry. We keep you informed of the most recent information regarding new releases, tour dates, and information items about your favourite artists.
RELATED ARTICLES
newsscott helmanspotify