SPILL FEATURE: SHE IS LOST – A CONVERSATION WITH THE FOREIGN RESORT 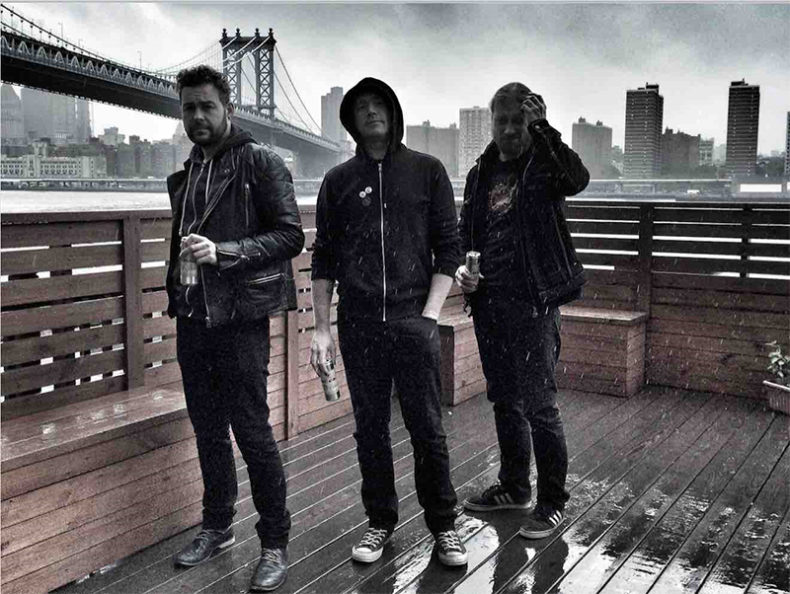 A CONVERSATION WITH THE FOREIGN RESORT

You have done extensive touring, a lot of it in USA where you’ve been over 15 times, what draws you to come back and play again?

First of all, we have good fans in the United States, although it is expensive for us to tour, we have a special fascination with that country, if you talk about the general population not the president. We are drawn to the US, there are two or three countries that we really like and that is one of them. Also, we have spent so much time and so much money building a fan base in there, that we cannot let it go at this point, we need to continue.

Some people are boycotting USA and tourism seems to be at an all time low, have you received any criticism from European bands and from European people because of your fondness for USA?

Not really, the general European person knows the difference between the American general population and the American politicians, we are sick of our politicians too over here, I haven’t heard any negative words, people are pretty fascinated by us travelling to the US all the time, people are considering it a positive thing that we go there to play. Our work visas that last one year, they expired in October 2016, and we had to decide whether to get new ones so we could tour the US in 2017, we decided not to do it, simply because, first of all it is very expensive for us to get there and also because there is a very toxic environment in the US right now, there is a lot of negativity, and there is a lot of opposing interests, there is a crazy president and a lot of our friends are on the opposite side, there is a lot of civil unrest, so we made the decision to stay out of the US in 2017 and then see how things look like in 2018 and maybe return then. That kind of opened the door for Canada to us, we like Canada and we like North America in general, now we have the opportunity to play in Canadian Music Week and tour around that. 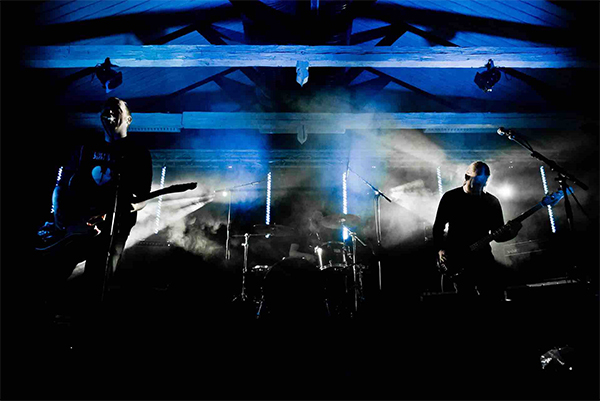 Many of your songs, such as basically everything in the album the American dream, seems to stem from experiences you have had while on the road, touring, do you ever make albums / write while on tour or take ideas home and work on them there?

I guess we make most of it when we come back home but the inspiration for the lyrics comes up when we are in the States, it is hard to say when the idea actually does come up but we reflect over things when we come back home and we have a lot of friends in the US, we keep seeing their updates on facebook and we keep talking to them, they have been getting frustrated and they have been frustrated for years, it is not something new with Trump, they were not as frustrated but pretty frustrated during Obama as well, it’s us getting to know people better and getting to know the consequences of the American system, what it does to the middle class and the lower middle class and art people in general that we know.  It’s very hard to be an American artist, so that is the inspiration. And then there are general things like our song skyline/decay, that is my own impression of New York City, it is a very sad city, because it is money and a lot of people struggling, that is what that song is about.

The compilation that included skyline/decay was aimed to contribute towards Civil Liberties Union and Planned Parenthood, how did you get involved in this and are you open to more projects of this kind?

Oh yeah, I’d definitely donate any song to any project like that, especially in these times. This one came about because Cory Osborne, the bass player in Lightfoils sent me an e-mail and asked me if I wanted to contribute in the Alternative Facts: A Shoegaze Resistance Compilation.  We played with Lightfoils and became very good friends with them and I was one of the people he messaged about the compilation and also I have a radio show (Foreign Affairs) at DKFM, and they are the other partner in the compilation, so it was a natural thing for us to be there.

You are doing a crowdsource campaign for the new single, She is Lost and you are looking for a fan video, please tell me more about that

We talked about having Arian Soheili  from Modshift Productions, he is the director of our videos “Flushed” and “Alone”, we were talking to him about making another video but he didn’t really have the time and we really didn’t have the money, so at first we decided to leave out the video, have no video at all and call it a digital soft release of a new single. And then one night it struck me, why don’t we ask fans if they want to make a video and see what comes out of it? And that was basically it. The exciting moment every time we do a thing like crowdsourcing or crowdfunding is will they contribute? What happens when we post this and ask fans to do a video, would nothing come back and then we would just shut up about it? But actually we have a few people now working on the video and I have absolutely no idea what kind of video they are going to make, the only criteria we put up was that it had to be black and white, and that we like gloomy videos but that is all, people can do whatever they want and I have no idea what is coming back. 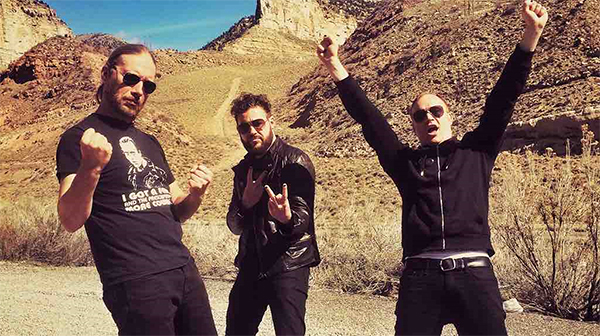 I am particularly happy about the fact that you are coming back to Canada for a 10 day tour that starts today, tell me about the experiences you’ve had playing here so far

It was the beginning, the first 3 shows ever, we played weekdays, we played Montreal, Hamilton and Toronto, there weren’t many people there but the people who were, were very excited about seeing us. So in general, we have been received very well, the whole thing at Nocturne in Toronto was cool because we had the opportunity to invite the booker from Canadian Music Week to our show, he had invited us to come play in 2016 at Canadian Music Week but we were not able to come, and once we got that other show in Toronto, we wrote Dave again and asked him if he wanted to come and see us and he loved our show and said “you guys are definitely playing in CMW”. So in that sense, let’s call it a showcase show, a preliminary show and we are doing it more for real this time with a PR campaign behind us and everything. Hopefully more people will come out this time.

In your upcoming Canadian tour, you are going to be playing with SLUTMOTHER who are one of my favorite newer bands in Canada, what bands that you are playing with have particularly drawn your attention?

Definitely SLUTMOTHER,  Alia Synesthesia helped set up some shows as well, she has been really nice and really helpful, I am really excited to see them, we are playing in Guelph, so that is the one show we are playing with them. In the Montreal show we are playing with The City Gate and also Traces, both from Montreal, I am really excited to see them, we play post punk but I love shoegaze and I am not playing the genre I love the most but I get to play with shoegaze bands every now and then so that is really a bonus for me. We are also playing with Ethrelite from Windsor on the 27th, it is an ambient electronic band, I am really looking forward to see them and in Canadian Music Week, I really don’t know who the other bands are yet, I have been super busy finalizing the tour. We are playing with Cyphier in Oshawa, so that is another band I am looking forward to see. Hopefully I am not forgetting anyone I want to see, I am trying to remember all the shows in my head now! But definitely I’m excited to see all those bands!