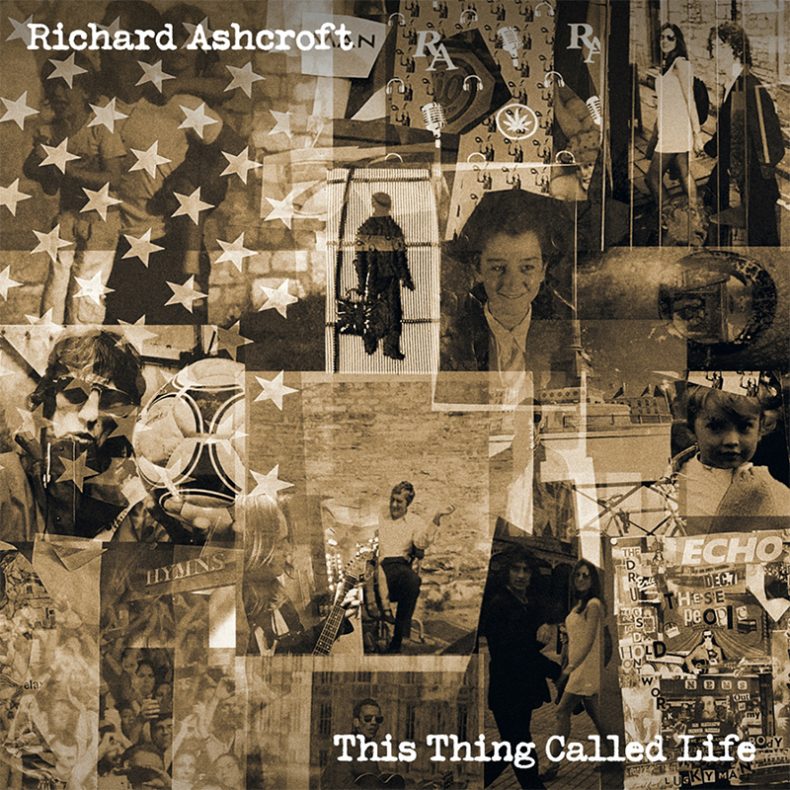 There has been a huge public interest in the return of Richard Ashcroft with his upcoming acoustic shows. All three London dates have sold-out long in advance, while his arena show in Liverpool will be one of the biggest solo shows of his career. Anticipation for the shows was further fuelled with the announcement that Ashcroft will release Acoustic Hymns Vol. 1 on October 29th. An album featuring new stripped-back versions of some of his classic songs, Acoustic Hymns Vol. 1 was launched with interviews on Radio X and 6 Music.

Now Richard Ashcroft builds momentum ahead of the album’s release by sharing the new acoustic version of “This Thing Called Life.” After starting the album campaign with the iconic “Bittersweet Symphony,” this new single puts a fresh perspective on one of the most underrated songs from his back catalogue.

“This Thing Called Life” is a totally reworked version of a song that was originally recorded with No I.D. for the RPA & The United Nations Of Sound project in 2010. By stripping away the punchy, hip-hop flavoured beats and funk guitar embellishments in the flavour of an organic, full-band sound, “This Thing Called Life” now feels like a classic addition to his songbook. Between the sweeping gospel-tinged backing harmonies and the richer, more mature timbre of his voice, “This Thing Called Life” is ripe for rediscovery. Lyrically it’s perfectly primed for 2021, a plea for living in the moment and embracing whatever challenges life throws at you.

The nostalgic element of the song is further explored in its accompanying official video. It shows Richard returning to Olympic Studios, a location that’s particularly poignant for him as so many key songs from his back catalogue were recorded there before its studio facilities closed in 2009. The cinema screen shows a montage of footage from Richard’s personal archive, covering his career and his family life, dating the way back to childhood. Those clips are interspersed with a typically charismatic performance of the song, which was recently filmed at Richmond Theatre.

Other highlights on Acoustic Hymns Vol. 1 include “Bittersweet Symphony,” which is significant as the acoustic version was the catalyst that led to Mick Jagger and Keith Richards returning the songwriting credit to Richard, and “C’Mon People (We’re Making It Now)” which features Liam Gallagher. The song has been a favourite of both artists since Richard first played it to Liam on piano in Majorca in 1998.

Acoustic Hymns Vol. 1 is available to pre-order HERE. A yellow double-vinyl version is available exclusively from Richard’s official store, and is packaged with a flexi-disc (the only physical format) of his single “Bring On The Lucie (FREDAPEEPLE).”

Richard Ashcroft will play “An acoustic evening of his classic songs” at the following venues. The remaining tickets for Liverpool are available from www.gigsandtours.com, www.ticketmaster.co.uk and www.richardashcroft.com.

SPILL NEWS strives to keep our readers up to date with news and events in the music industry. We keep you informed of the most recent information regarding new releases, tour dates, and information items about your favourite artists.
RELATED ARTICLES
newsrichard ashcroftthe verve