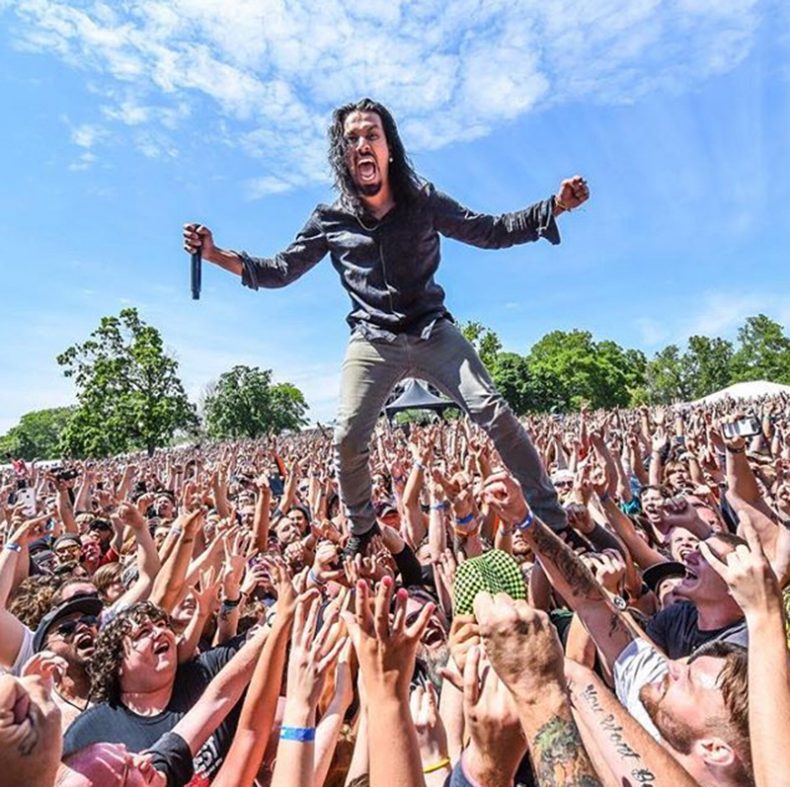 POP EVIL TO SUPPORT 3 DOORS DOWN IN THE U.S. ‘US AND THE NIGHT’ TOUR

TICKETS ON SALE FRIDAY – ALL NEW LP UP OUT NOW

POP EVIL today have announced a new batch of select U.S. dates supporting 3 DOORS DOWN with friends in RED SUN RISING opening the night. The trek kicks off on August 26th in Charleston, WV at the Municipal Auditorium and goes through the first week of October ending in Durham, NC at the Durham Performing Arts Center. The dates will be the precursor to POP EVIL supporting 3 DOORS DOWN in Europe in October and November, those dates were announced last week.

POP EVIL return to Europe for the first time since their triumphant appearance on the 2015 Download Festival main-stage and the release of their radio chart-topping and critically acclaimed album Up, of which Classic Rock Magazine said ‘there’s no shortage of boisterous anthems.’ Having grown from strength to strength off the success of Up stateside, their achievements have been recognized and endorsed by Kerrang! Magazine, who said their ‘success is not just inevitable, but deserved.’ 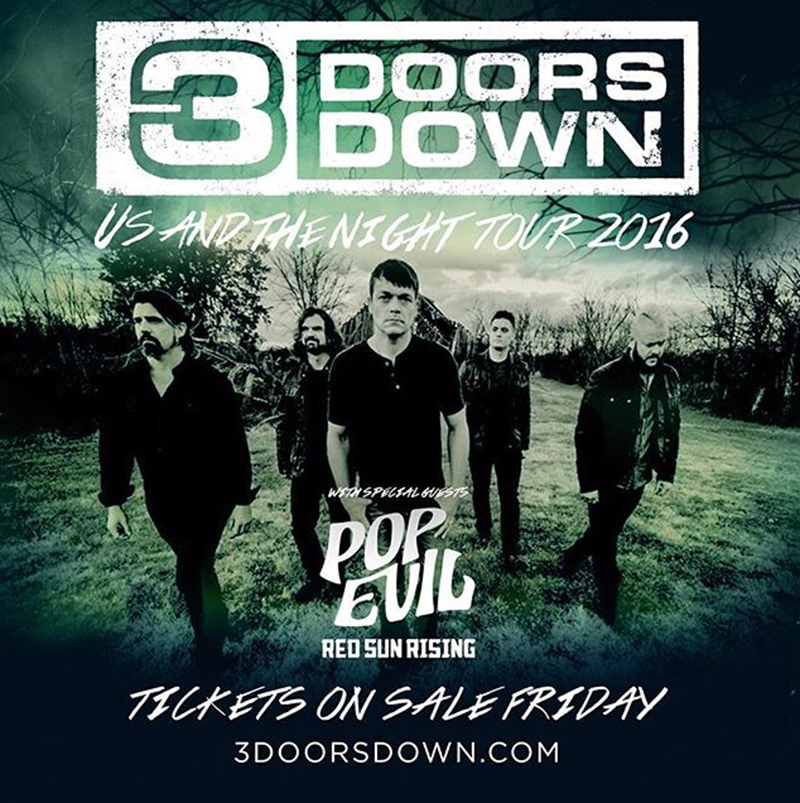 Currently, the band is out with ROB ZOMBIE and DISTURBED on a month long trek with a highlighted stop at ROCK ON THE RANGE this weekend. POP EVIL also just launched a new virtual reality video for their hit single “Take it All,” making the band one of the first rock acts to do so. Watch the 3D trailer below.

The 3D video is being offered in part of a new bundle package the band will release on May 27th. The “kit” comes with everything you need to experience a Pop Evil concert like never before. You’ll receive a customized Pop Evil VR Google Cardboard headset, an exclusive tour T-shirt and a collectible copy of the UP album, autographed in gold by every member of the band, exclusive guitar picks and a 18 x 24 Lithograph Poster.

POP EVIL’s Up was released last summer and saw the itself land at #1 on the Billboard Indie Chart in the week of its release. The LP pulled in at #25 Billboard Top 200, #16 Overall and #3 Top Hard Music albums.

Us And The Night Tour Dates

SPILL NEWS strives to keep our readers up to date with news and events in the music industry. We keep you informed of the most recent information regarding new releases, tour dates, and information items about your favourite artists.
RELATED ARTICLES
disturbedentertainment one musiceone entertainment
7.0

by Samantha Wu on October 19, 2018
Disturbed Evolution Reprise Chicago-based metal icons Disturbed are back with their seventh studio album after a year long hiatus. Their album, aptly titled Evolution, takes the band to a new [...]