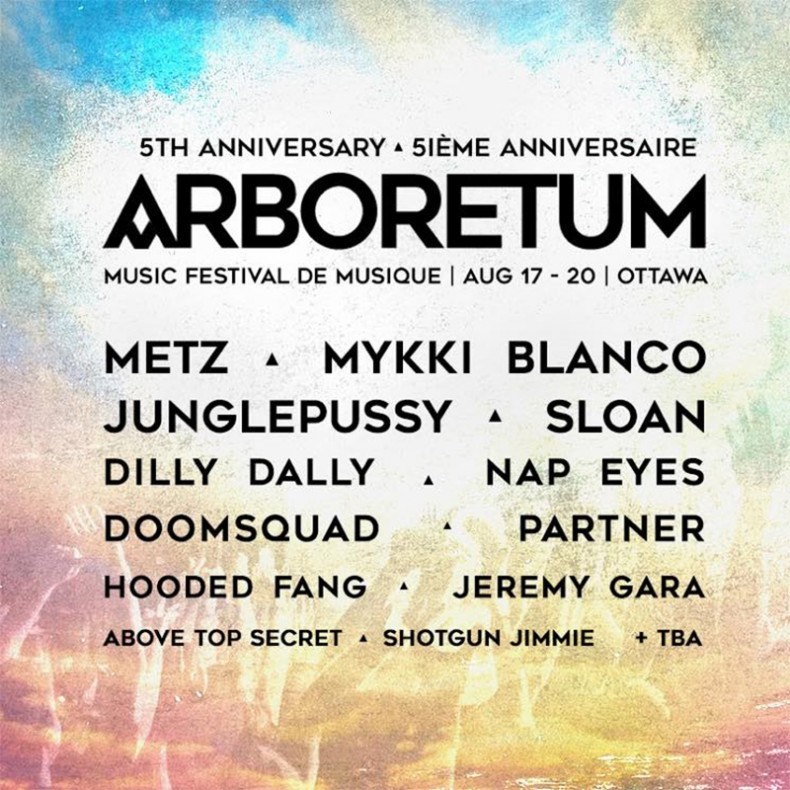 Arboretum 2016’s festival village will feature vendors curated by Ottawa-based slow goods purveyor N-Product, beer garden by Beau’s and Beyond the Pale, pop-up performances, and many more details to be announced.

A slew of Canadian independent record labels will also descend on Ottawa to showcase their rosters with day-parties and club shows including Hand Drawn Dracula, Buzz Records, 88 Days of Fortune, You’ve Changed Records and more to be announced.

Early-bird, all-access $50 music passes (limited to 200), are on sale today on-line at Ticketfly.ca. Individual day passes, weekend passes, and showcase tickets will be released May 2016.

Available for $50 on-line at Ticketfly.ca.

SPILL NEWS strives to keep our readers up to date with news and events in the music industry. We keep you informed of the most recent information regarding new releases, tour dates, and information items about your favourite artists.
RELATED ARTICLES
newsottawa