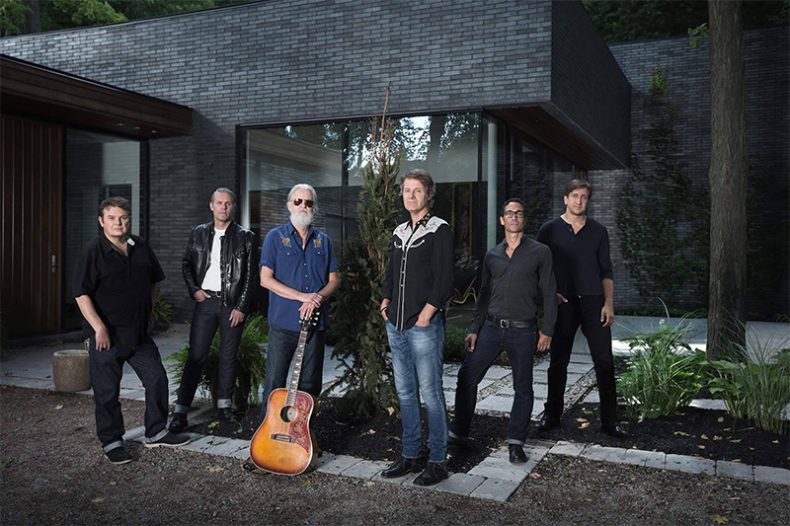 At a press conference held today in Toronto, Warner Music Canada recording artist Blue Rodeo announced details for their new album and upcoming cross-Canada tour.  One of Canada’s most iconic bands, Blue Rodeo will release their 14th studio album, 1000 Arms on Friday, October 28.  The group also announced that they will head back out on the road in 2017 performing news songs for fans with 30 concerts scheduled in 23 cities, beginning January 11, 2017 in Thunder Bay.  Full album track listing and tour dates listed below.

The band also answered fans questions about the album and tour via a Facebook Live stream.

Prior to making the announcements, the band premiered the video for the album’s first single, Jim Cuddy’s mocking take on celebrity, “Superstar.”  The video clip was directed by the band’s longtime collaborator Chris Mills who reimagines Blue Rodeo as a Riot Grrl band.  Watch the video for “Superstar” below.

Hear a medley of tracks from 1000 Arms HERE.

Tickets for the 1000 Arms Tour go on sale Friday, October 28.  Every ticket will include a digital copy of 1000 Arms.

SPILL NEWS strives to keep our readers up to date with news and events in the music industry. We keep you informed of the most recent information regarding new releases, tour dates, and information items about your favourite artists.
RELATED ARTICLES
blue rodeonews