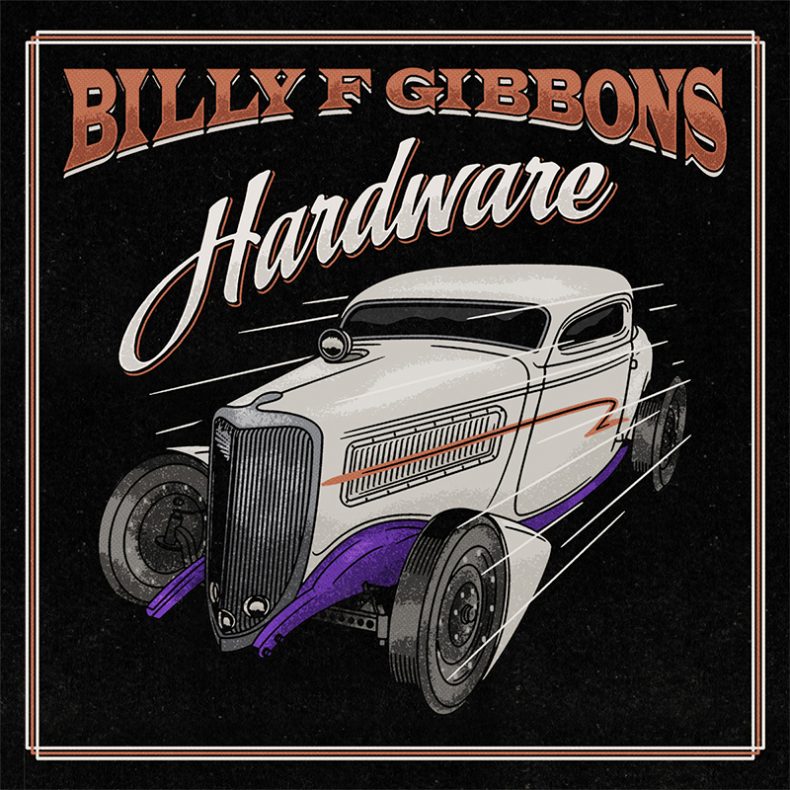 “My Lucky Card”, the third video from Hardware, Billy F. Gibbons’ forthcoming (June 4) Concord album has surfaced this past week. Like its predecessors, “West Coast Junkie” and “Desert High”, it was produced in California’s high desert near Joshua Tree where the album was recorded this past summer.

The new video was shot in and around Pappy & Harriet’s Pioneertown Palace, the celebrated cantina/honky-tonk that was originally built as part of the western movie set where The Cisco Kid and Gene Autry TV shows were filmed as were such features as Judge Roy Bean and the celebrated film noir Jeopardy, the latter starring Barbara Stanwyck and Barry Sullivan.

Says Gibbons, “We thought Pappy’s would be a great place for us to do the video since it reflects the rough and tumble high desert vibe that was the inspiration for the album.” He revealed that the stage performance of the song as seen in the video is the first and only take and confided, “I play a slide guitar in this one but neglected to bring a proper slide along for the shoot.  Necessity being a mother, we improvised and used a beer bottle.  We went through a case or more looking for just the right bottle neck and, at last, found one on a classic Mexican brew.  That was some thirst-quenching research to be sure.”

Harry Reese, a resourceful filmmaker out of Shiner, TX, who had shot three videos for The Big Bad Blues, Gibbons’ previous Concord album, directed the new video, having done the same for the previously released Hardware tracks West Coast Junkie and Desert High. He recalled, “It was a one-man shoot – me – with no crew and using available light, flying by the seat of our pants.”  As for the performance of the song, “Billy, Matt [Sorum] and (guitarist) Austin [Hanks] got up there, did it once and Billy said, ‘We got it!’ and that was that.”  The clip’s mise-en-scène finds Billy turning the world from black and white to color wherever he alights, in the tradition of The Wizard of Oz.

The entire band member lineup in the Billy F. Gibbons entourage saluted Robyn Celia and Linda Krantz, Pappy & Harriet’s owners for the past 15 years, for giving the “My Lucky Card” cast and (one man) crew the run of the place for an entire day. They recently sold the legendary establishment so the video stands as testimony to its timeless allure. Apart from the band members, the video’s players include two pressed-into-service Pappy’s staffers who play a card dealer and a resident drunk with the role of the bartender played by Mike Florentino, one of the album’s co-producers.

At the end of the piece, a new dealer, clad in white, played by high desert punk rock glamor icon Jesika Von Rabbit, described as California’s penultimate post-modern inter-galactic pop provocateur, pulls an ace out from the deck, a lucky card, indeed, especially for Matt Sorum.  Billy explains, “Matt’s wife is Ace Harper and she is, no doubt, his ‘lucky card’ so this is something of a tribute to her in light of the fact that she’s expecting their first child shortly.  In some unexpected and quite spontaneous way, this all ties together.”

Hardware is the third solo album from ZZ Top front man Billy F. Gibbons. The album was recorded at Escape Studio and produced by Gibbons along with Matt Sorum and Mike Florentino with engineer, Chad Shlosser, providing additional production.

Sorum, veteran of Guns ‘N’ Roses, Velvet Revolver and The Cult also serves as Hardware’s drummer and was joined in the album’s core band by guitarist Austin Hanks.  The same Gibbons-Sorum-Hanks aggregation recorded The Big Bad Blues, Gibbons’ previous solo effort for Concord and winner of the Blues Foundation’s Blues Music Award.  All of Hardware’s tracks were written by the team of Gibbons, Sorum, Fiorentino and Shlosser except for Augie Meyers and Bill Sheffield’s Hey Baby Que Paso. The album’s title is a tribute to the late Joe Hardy, the beloved engineer who worked with Gibbons and ZZ Top dating back to the mid-1980s.

SPILL NEWS strives to keep our readers up to date with news and events in the music industry. We keep you informed of the most recent information regarding new releases, tour dates, and information items about your favourite artists.
RELATED ARTICLES
billy f. gibbonsconcordhardware