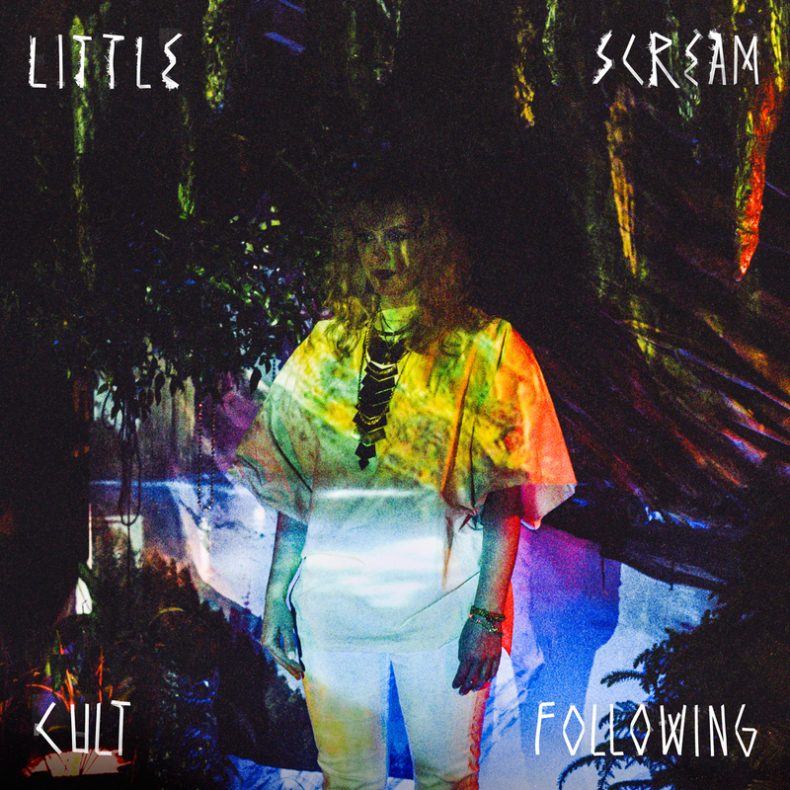 TOUR DATES WITH LAND OF TALK BEGIN MAY 11

With only a week left until the release of her upcoming album, Cult Following, Little Scream is revealing her performance of the record from CBC’s First Play Live and sharing a stream of the studio version of the album via CBC’s First Play. On May 11, Little Scream will bring that same performance to the stage throughout North America with a string of tour dates supported by Land Of Talk.

Set for release on May 6 via Dine Alone Records, Cult Following sees Mary Margaret O’Hara, Sufjan Stevens, Sharon Van Etten, Aaron and Bryce Dessner from the National, Owen Pallett, and Kyp Malone all make guest appearances on the album, but the world they inhabit is entirely Little Scream’s. Her voice acts as a tour guide through lush sonic landscapes carefully constructed with her creative partner, Richard Reed Parry (Arcade Fire).

Little Scream (a.k.a. Laurel Sprengelmeyer) says she began conceiving of Cult Following while visiting a friend in a small intentional community in northern Brazil that was on the verge of becoming a cult. “People were running around reading auras, interpreting each other’s dreams, and ‘living on light’ instead of eating—which was as compelling as it was absurd. I became very aware of the entropy of belief. You could feel the magnetism of ideas take shape and pull people into their center like a black hole… a thing so filled with light that its own gravity means that none of it can escape.” That experience laid the groundwork for Cult Following, a lush, expansive, retro-­leaning gem.

Cult Following is available for pre-order now on CD and limited-edition translucent blue vinyl in the Dine Alone store, and digitally via iTunes. Little Scream will tour North America with Land Of Talk in May, with even more dates coming soon including a UK run planned for this summer and stops at Vancouver Folk Festival, WayHome Music & Arts Festival and Sappy Fest.

SPILL NEWS strives to keep our readers up to date with news and events in the music industry. We keep you informed of the most recent information regarding new releases, tour dates, and information items about your favourite artists.
RELATED ARTICLES
cbc musiccult followingdine alone records