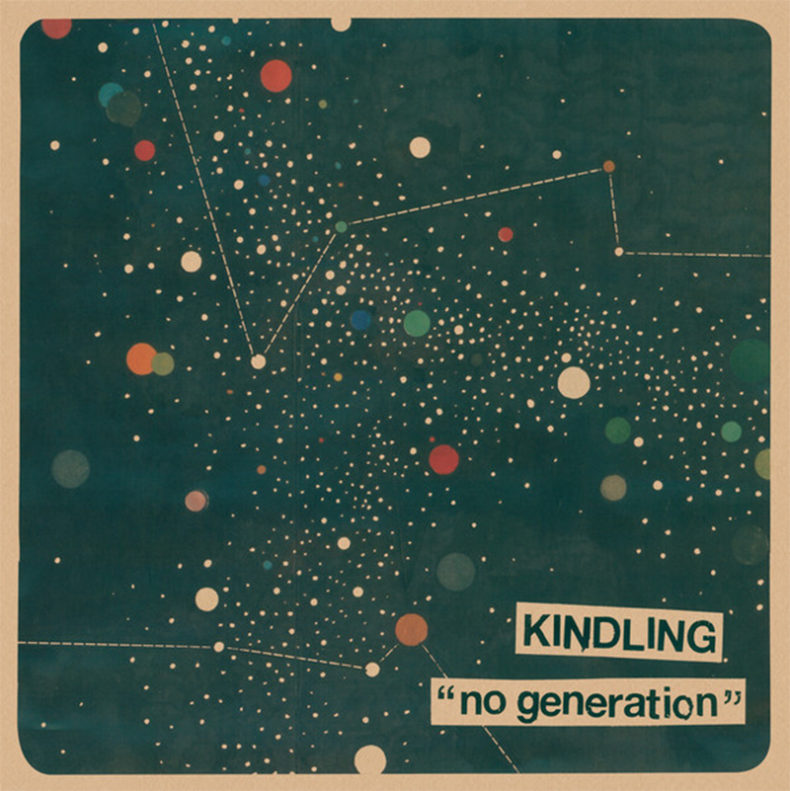 NO GENERATION EP DUE FEBRUARY 24TH

Western Massachusetts-based indie rockers Kindling have announced the upcoming release of their new EP, No Generation, out on February 24th. The EP is drawn from the same sessions that produced their recent full-length album Everywhere Else, and was recorded by Justin Pizzoferrato (Dinosaur Jr, Sonic Youth, Pixies, Speedy Ortiz). A short and punchy Ramones-on-codeine number, the track is representative of the more direct, pop-oriented songs that make up No Generation.

No Generation will be released in the USA on Old Flame Records, and in Europe on Adagio830 & Echo Canyon Records. The EP is available to pre-order HERE.

“Claims Nonexistence” is a song about directionless anxiety, indecision, and not feeling at home in our houses or our selves,” writes founding member Stephen Pierce. “It traces the alienation that you may feel towards yourself and your life if you spend uneven amounts of time looking in the rear view… we hope that the subtext is one of some sort of hope and that we’re not alone in how we feel… maybe we can create the world we want to live in among ourselves, if we can pull ourselves out of bed.”

SPILL NEWS strives to keep our readers up to date with news and events in the music industry. We keep you informed of the most recent information regarding new releases, tour dates, and information items about your favourite artists.
RELATED ARTICLES
kindlingnewsold flame records
5.0