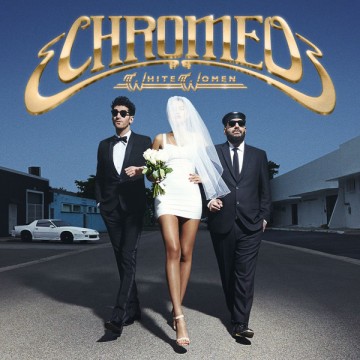 Chromeo have managed to put together a pretty good album, but they’re just too cool to admit it. Four years after Chromeo’s mainstream hit Business Casual, the Montreal-based duo are back with their fourth album, White Women. With Chromeo’s latest release, members Dave1 and P-Thugg have made their manifesto clear: bring disco back from the dead. To help in their mission, the group has enlisted a variety of musicians to aid them including: Solange Knowles, Toro Y Mori and Vampire Weekend’s Ezra Koenig. In their mission, Chromeo have for the most part have succeeded. P-Thugg keeps the album drenched in a hearty dose of ‘80s synth and ‘70s funk. Lead vocalist Dave1 keeps the lyrics simple with songs about jealous lovers, teasing socialites and ‘80s nostalgia. White Women opens with song of the summer nominee “Jealous (I Ain’t With It)”. While it’s not the album’s high point, it’s without a doubt the catchiest and most radio-friendly song on the record. Opening the album with such a track acts as a double-edged sword: on one hand it serves as a fantastic introduction for what to expect from the record. Those who purchase White Women solely from listening to “Jealous” won’t be disappointed. On the other hand, the song is so catchy and so addictive it’s easy for casual listeners to click the repeat button and forget there are 11 other tracks that are just as easy to dance to. Chromeo are clearly having a blast on White Women. Each song is fun and it’s not hard to imagine anyone getting an enthusiastic response from club goers on the dance floor. While White Women won’t be put beside such disco classics as Saturday Night Live, it‘s something entirely different. It’s disco for the 21st century.

Photographer by choice, writer by necessity. Since moving to Toronto in 2011 Morgan has become an active member of Toronto’s music scene. On any given night he can be found at various venues with his camera in hand. There’s nothing he loves more than exploring all the venues this wonderful city has to offer, discovering new bands and genres along the way.
RELATED ARTICLES
album reviewschromeo
8.0