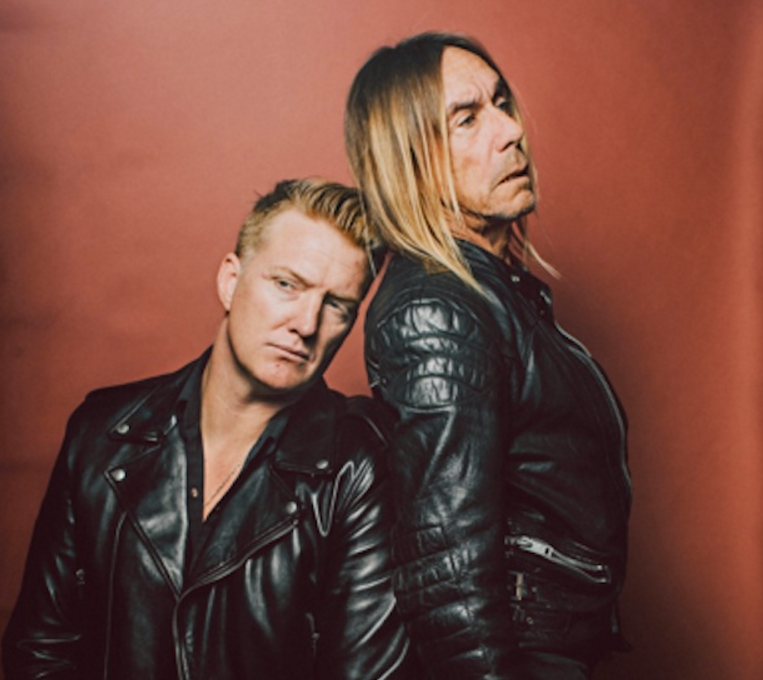 SECRET LP TO BE RELEASED IN MARCH ON LOMA VISTA

SURPRISE!  Iggy Pop and Josh Homme have just recorded a brand new secret album together, which is set to be released in March. The album was recorded in January, between Homme’s two studios — Joshua Tree, and Pin Duck in Los Angeles. Pop and Homme walked into the studios with nothing more than “ideas” in their heads, and left after having created and recorded a total of nine brand new songs.

The pair was joined by Queens Of The Stone Age and The Dead Weather’s Dean Fertita on guitars and keyboards, and Arctic Monkeys’ Matt Helders on drums. They have announced plans to tour together coinciding with the release of the album in March, where they will also be joined by Troy Van Leeuwen of QOTSA on guitar, and Matt Sweeney, of Chavez.

Working on the collaboration was therapeutic for Homme in dealing with the aftermath of the terrorist attacks on The Bataclan in Paris.  “I wasn’t there by a stroke of fate… I guess it was my fate to be home and to bring them home.”   “The fact that I had this to work on, it saved me,” Homme said.

In order to maintain “utmost secrecy and full independence” the pair financed the project themselves. Pop maintains, however, that “it was made to be heard — not to be some quirky thing that we did with our own money…”

As for the tour dates, Homme says: “There won’t be hardly any shows, and they won’t be in big places, and you won’t be able to get a ticket,”. “So almost everyone won’t see it. It will be like trying to catch smoke in your hands. And that makes it even better. It will be special, and it will be over in the blink of an eye.”

SPILL NEWS strives to keep our readers up to date with news and events in the music industry. We keep you informed of the most recent information regarding new releases, tour dates, and information items about your favourite artists.
RELATED ARTICLES
dean fertitaiggy popjosh homme