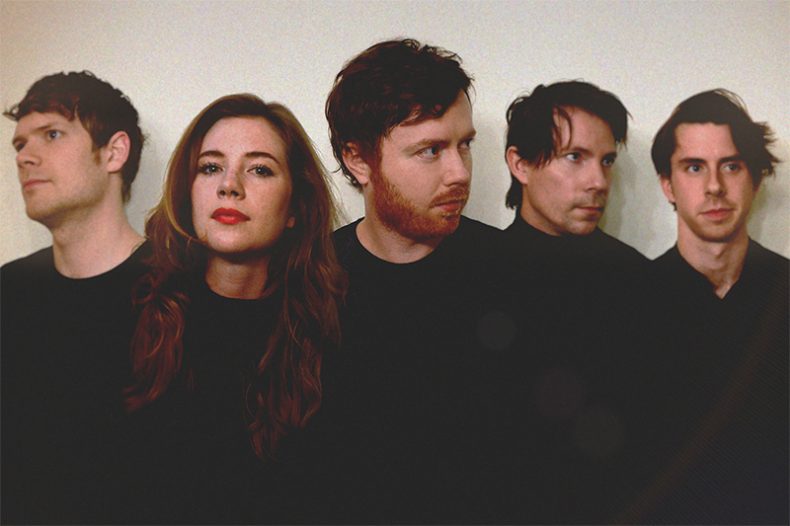 Toronto-based Fast Romantics have scooped up the 2016 SOCAN Songwriting Prize for their single Julia. The band teamed up with Gus Van Go & Werner F to record Julia originally as a sonic experiment to see if their audience gravitated towards an evolving sound. Their little experiment paid off seeing the song attract the attention of NPR, KEXP, CBC, and climbed the alternative rock charts. Angus’ deft pop songwriting has drawn comparisons to the likes of Pulp’s Jarvis Cocker and Bruce Springsteen. The video for the single also garnered the band a top 10 Prism Prize nomination. Be sure to check it out below.

The SOCAN Songwriting Prize is a welcomed addition to their list of accolades including their 2014 Sirius XM “Pop Group of the Year”. Angus had this to say about winning the prize; “We haven’t exactly made a habit of winning awards, so when they come it feels a little disorienting – but really good. Warm and fuzzy. Having your work recognized in any way is great, but to be nominated among so many amazing songwriters by industry folks, and then have it reinforced by fans through voting, well, it just really means a lot to us. It’s a beautiful kick in the ass while we sit in the studio finishing this record off.”

For winning the competition, Fast Romantics receive $10,000 from SOCAN, a choice between a Seagull Artist Studio CW guitar or Godin 5th Avenue Jazz guitar from Godin Guitars, a Yamaha PSR-S970 keyboard from Yamaha Canada, and a $500 gift card from Long & McQuade.

Fast Romantics first formed in Calgary by Matthew Angus (vocals, guitars, keys) and Jeffrey Lewis (bass). Later they moved to Toronto and set up shop rounding out the group with Kirty (backup vocals, acoustic guitar, synth, percussion), Kevin Black (lead guitar), Lisa Lorenz (keyboards) and Nick McKinlay (drums). The band is currently in the studio with Gus Van Go and Werner F (Michael Rault, Hollerado, Whitehorse) working on their anticipated new studio album and follow up to 2013’s Afterlife Blues (produced by Howard Redekopp). Angus shares: “We’ve let this next record breath as we make it. Some songs get thrown out, new ones appear out of thin air, others get reinvented after playing them live. It’s been an exercise in patience, figuring out who we are, letting the songs find us. It feels good to say that lately we’ve been closing in on it.

SPILL NEWS strives to keep our readers up to date with news and events in the music industry. We keep you informed of the most recent information regarding new releases, tour dates, and information items about your favourite artists.
RELATED ARTICLES
fast romanticsgus van gojulia