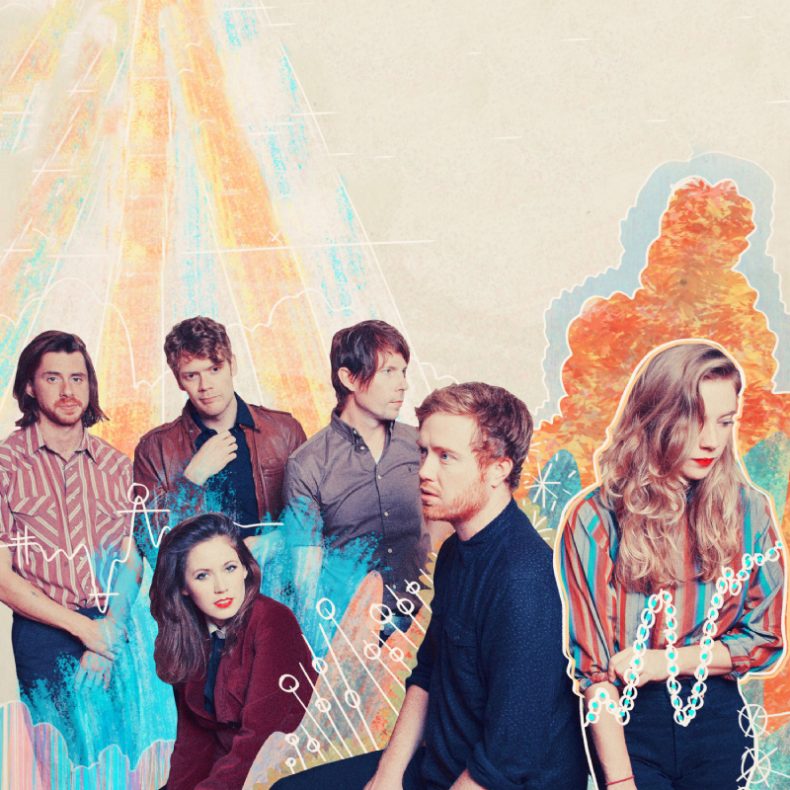 Toronto-based indie rockers Fast Romantics recently dropped a super fun video for their CBC chart-topping single “Do No Wrong”. Directed by Anne Douris and Fast Romantics’ lead vocalist and key songwriter Matthew Angus, you can check out the psychedelic, light-hearted, quirkily-animated video below.

About “Do No Wrong”

Filmed at The Ossington in downtown Toronto, Matthew Angus had this to say about how the video came to light, “Our band has a bit of a Karaoke habit, so when our buds Anne (Douris, of Bossie) and Graham (Wright, of Tokyo Police Club) proposed we do a video set in a Karaoke bar, we jumped on it. Anyone who’s done enough Karaoke knows that some of those nights can get kinda dark, but in the spirit of this song, we really got into the idea of turning a rough night into pure magic.”

Anne Douris, who is the mastermind behind the videos eye-catching animation and co-wrote the concept for the video alongside Tokyo Police Club’s Graham Wright chimes in, “While animating “Do No Wrong”, I wanted to stay in the spirit of the song’s lyrics and reflect their (Fast Romantics) open-heartedness and enthusiasm. It was an opportunity to play. To experiment with different animation styles and create a vibrant, eclectic space that embraces taking risks and celebrates variety.”

“Do No Wrong”, which hit #1 at CBC Radio 2, explores the “fleeting feeling of invincibility you sometimes get after coming out of a long funk”. The track will appear on the bands much-anticipated third full-length album, set for release in early 2020. A latecomer to their forthcoming record, “Do No Wrong” was written and recorded in a flurry of spontaneous energy as Springtime hit. Considering how fast it all came out, the band made the decision to go with that feeling, and record and finish the single right there and then, bringing it to long time collaborators Gus Van Go and Werner F in Brooklyn for the mix. Stream the track HERE.