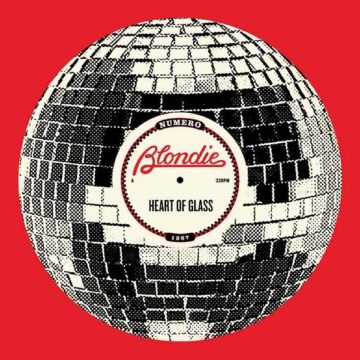 2019 promises to be a big year for Blondie fans. According to the band, Blondie are set to re-release their catalogue with many never before heard songs and versions of their hits. To whet our appetite, the band has released an interesting EP, Heart Of Glass. But rather than releasing a single featuring remixes or re-recordings, the band has gone back to the origin of the song itself. A refreshing and unique take on the use of an EP.

“Heart Of Glass” was the first worldwide hit for Blondie. They had hits in the U.K. and Europe, but when Blondie originally released  “Heart Of Glass” as a single in 1979, they became known worldwide. With this album, Blondie, who were known as punk rockers, made it okay for post-punk bands to embrace disco. Not only did Blondie have a hit, but in many ways they made disco cool and acceptable. Sure there were older fans who dismissed the band from this point on, but overall it did not hurt their career at all, quite the opposite. The single was a worldwide smash, as was the album from which it came, Parallel Lines.

This EP traces the history of that song. Oddly, the EP is not sequenced in chronological order, but sort of reverse order. The EP kicks off with the “Long Version”, also known as the “Disco Version”. This is followed by “The Basic Track” and finally a remix by Shep Pettibone from 1988. While these are fun to listen to, it is the next three tracks where things get very interesting.

In 1975 Debbie Harry came up with a tune which the band recorded. It became known as “The Disco Song”. Chris Stein had come up with another song, titled “Once I Had A Love”. Both of these songs are included on this EP. With help from producer Mike Chapman who produced Parallel Lines, both songs came together with a definite disco beat and sound that was at once unique and hypnotic. Combined with Harry’s plaintive vocals, the song “Heart of Glass” was born. It is an extremely well crafted disco-pop song.

The EP ends with an instrumental version of the song. While the EP does not contain all versions, it is a brilliant use of a re-release and mining a back catalogue. If they take such care with the albums and future singles, 2019 should be a banner year for Blondie fans.

Born and raised in Whitby, Aaron discovered music through his love of The Beatles. This led to a career in radio, writing for various publications, and ultimately a radio show about The Beatles (Beatles Universe), which ran for over four years. When not immersed in music, Aaron enjoys spending time with the loves of his life -- his wife Andrea, and daughters Emily and Linda (all of whom have an intense love of music too).
RELATED ARTICLES
album reviewalbum reviewsblondie
8.0