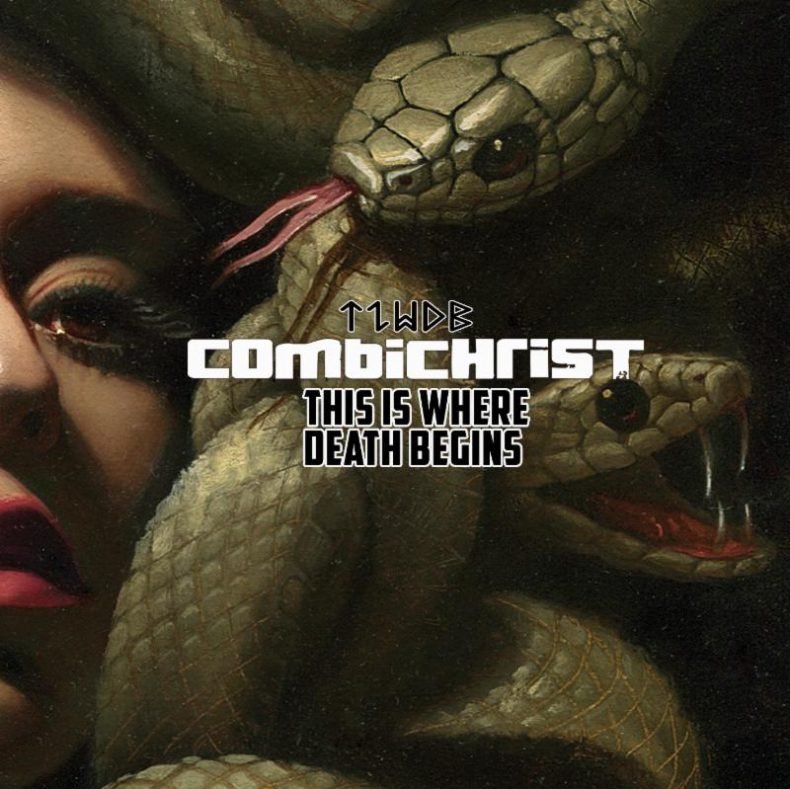 Norwegian-American electronic hard rock/heavy metal group Combichrist returns with its eighth studio album This is Where Death Begins on June 3 via Out of Line Music. An apocalyptic behemoth of guitars, electronica, infernal drums and dark elemental force, This is Where Death Begins was produced by Oumi Kapila (Filter) plus Combichrist’s own Andy LaPlegua and mastered by the legendary Vlado Meller (Red Hot Chili Peppers, Slipknot). The 15-track album also features guest vocals from Chris Motionless (Motionless in White) and Ariel Levitan (MXMS).

Combichrist founder/vocalist Andy LaPlegua comments: “I finally feel like we came full circle with this album, considering we’re all from the punk rock, hardcore and metal backgrounds. After 10 years of electronica in the studio and a full live band, I feel like I captured the live sound and energy. Every style of music that I have done through the last 25 years has some kind of presence on this album.”

by SPILL NEW MUSIC on May 13, 2022
COMBICHRIST SHARES NEW SINGLE & LYRIC VIDEO FOR “MODERN DEMON” OUT OF LINE MUSIC Combichrist have shared another new single “Modern Demon” with accompanying lyric video! Combichrist is back and unveil their third new [...]

by SPILL NEW MUSIC on April 2, 2021
ANDY LAPLEGUA (COMBICHRIST) REVEALS NEW SOLO PROJECT LAPLEGUA & DROPS SINGLE “I WILL HEAL” OUT OF LINE MUSIC Andy LaPlegua (Combichrist) reveals in his solo project that emotionality can be an incredible strength. LAPLEGUA is [...]

by SPILL NEW MUSIC on March 15, 2021
COMBICHRIST PREMIERES OFFICIAL MUSIC VIDEO FOR “NOT MY ENEMY” OUT OF LINE MUSIC Industrial core band Combichrist has premiered the official music video for single “Not My Enemy” today. There will be headlining US tours in [...]