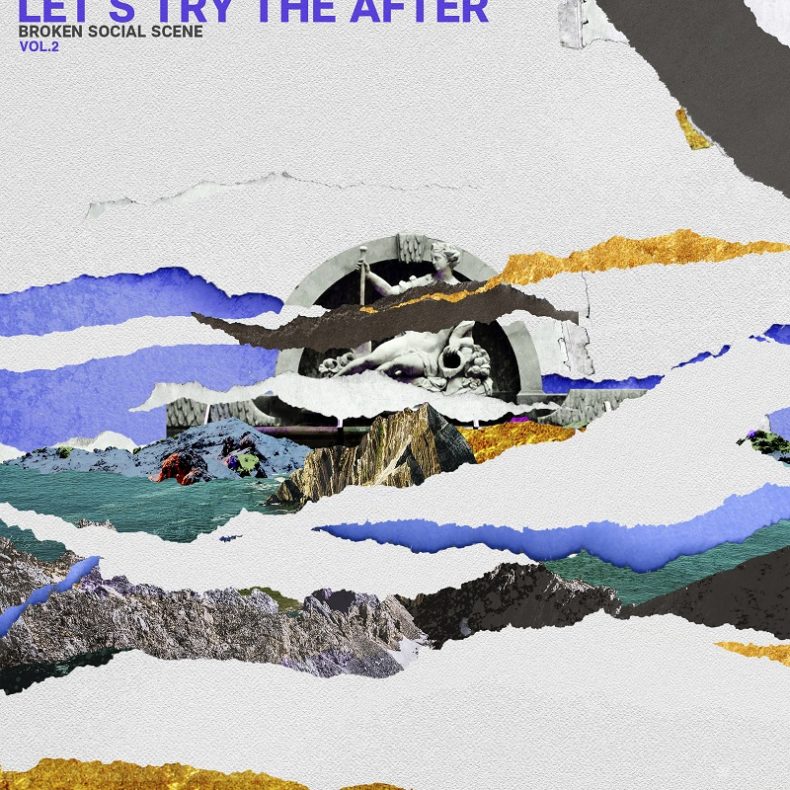 ALBUM OUT APRIL 12 VIA ARTS & CRAFTS

“The theme is to continue,” says BSS co-founder Kevin Drew. “Sickness, suicide, uprise, love, death, betrayal, hurt, joy, sex, communication, battles and  divisions … Let’s just get to their after and start building again. How do we do it within the isolation of self prescribe empty popularity? How does the ego revolt? How does the heart win? Can it? Maybe after we will find out.”

Broken Social Scene is less a rock band than an embodiment of an ideal of music.  The collective can be 17 musicians, brought together in search of a common goal – a unique clearing house for many of Canada’s most talented musicians – or Broken Social Scene can be the smallest, most intimate affair. Their two new EPs, Let’s Try the After Vols 1 and 2, celebrate every facet of their creativity. Much like the songs on Vol 1, the tracks on Vol 2 are nakedly emotional, celebrating life in all its complexities – and which also, by extension, celebrate the very act of carrying on, for Broken Social Scene as a band and for us in a fractured world. The EPs exhibit the band’s tremendous gift for pop that refuses to sit still, that combines experimentation and melody.

Both EPs will be packaged on vinyl and released exclusively for Record Store Day 2019 on April 13. Check participating stores for details.

Broken Social Scene recently knocked the socks off SXSW with eight tremendous shows, one of which featured a special appearance from Maggie Rogers on their seminal track “Anthems For A Seventeen Year-Old Girl”.  They also performed their Indie-classic You Forgot It In The People at the Arts & Crafts showcase.

The band will be adding two shows in London to their already announced residencies in New York, Toronto, Los Angeles, Seattle, and Montreal. They will also be playing select festivals throughout Europe this summer.