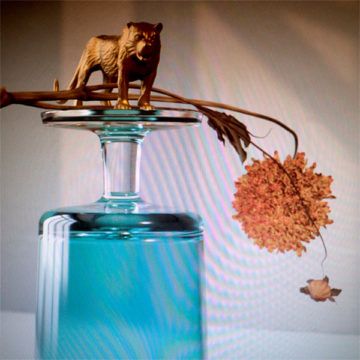 Basically Beirut is Zach Condon, who keeps himself busy between albums with numerous EPs and side projects (Realpeople, 1971, and Soft Landing). Featured on this album, alongside Condon (who provides the vocals and plays Farfisa organ and synthesizer), are Nick Petree (drums, percussion), Paul Collins (bass guitar), Ben Lanz (trombone), and Kyle Resnick (trumpet). Gabe Wax (The War on Drugs, Cass McCombs) returns as producer (he produced 2015’s No No No) and brings everything together.

Gallipoli is Beirut’s fifth studio album since their debut in 2006. The title of the album comes from the name of the town in Italy where the title track—quite possible one of Condon’s most beautiful songs—was written. Musically, the song flows between pop and folk while the lyrics, although few, have an incredible impact. For example, he sings, “You’re so fair to behold/What will be left when you’re gone?”

He says a lot in this song and throughout the album, both worrying about the future and pining for the past, while struggling to find a way for the two to coexist. Listen to the stunning beauty of “We Never Lived Here”, a prime example of these themes. Condon packs a punch by establishing a mood with the music and then using his words sparingly. In the end, he has also created a very cohesive and consistent album. Though not a concept album, it is musically, lyrically, and thematically coherent.

Make no mistake: this is a Beirut album. On his numerous side projects, Condon experiments and plays different forms of music, but here he retreats to familiar Beirut territory. This is not a bad thing; in fact, it is quite the opposite. By returning to his tried-and-true formula, he made an excellent album with some very interesting moments in the mix, like the sublime instrumental “Corfu”, featuring the wonderful Farsifa organ.

It has been three and half years since the last Beirut album. In that time, Condon has created a stunning followup that requires a great many spins in order to get the full effect. With vocals that are stronger than ever, this is the sound of an established and confident artist using music not only to express himself, but also to work through his personal issues. Gallipoli is a brilliant album.

Born and raised in Whitby, Aaron discovered music through his love of The Beatles. This led to a career in radio, writing for various publications, and ultimately a radio show about The Beatles (Beatles Universe), which ran for over four years. When not immersed in music, Aaron enjoys spending time with the loves of his life -- his wife Andrea, and daughters Emily and Linda (all of whom have an intense love of music too).
RELATED ARTICLES
4adalbum reviewalbum reviews
9.0